Summer Goes To The Dogs At The Dog Surfing Championship

Human handlers helped the dogs onto their boards, and judges assessed the dogs’ skill, confidence, and duration of ride. Weight categories included small, medium, large, and extra large dogs, with a special category for a tandem competition. 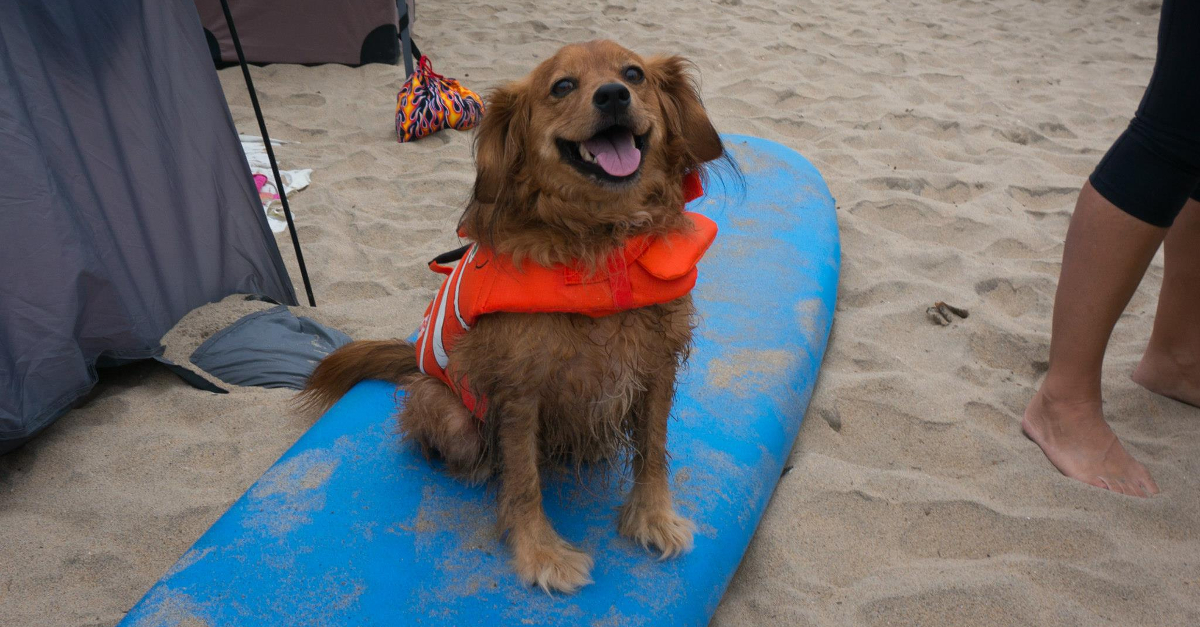 Repeat winners were Ziggy, a 15-pound toy American Eskimo, in the small category and Hanzo, a boxer, in the extra large category.

A golden retriever named Kalani, also known as Li’l Surfer Girl, won the large category, and the team of Hanzo and Kalani took the tandem competition. 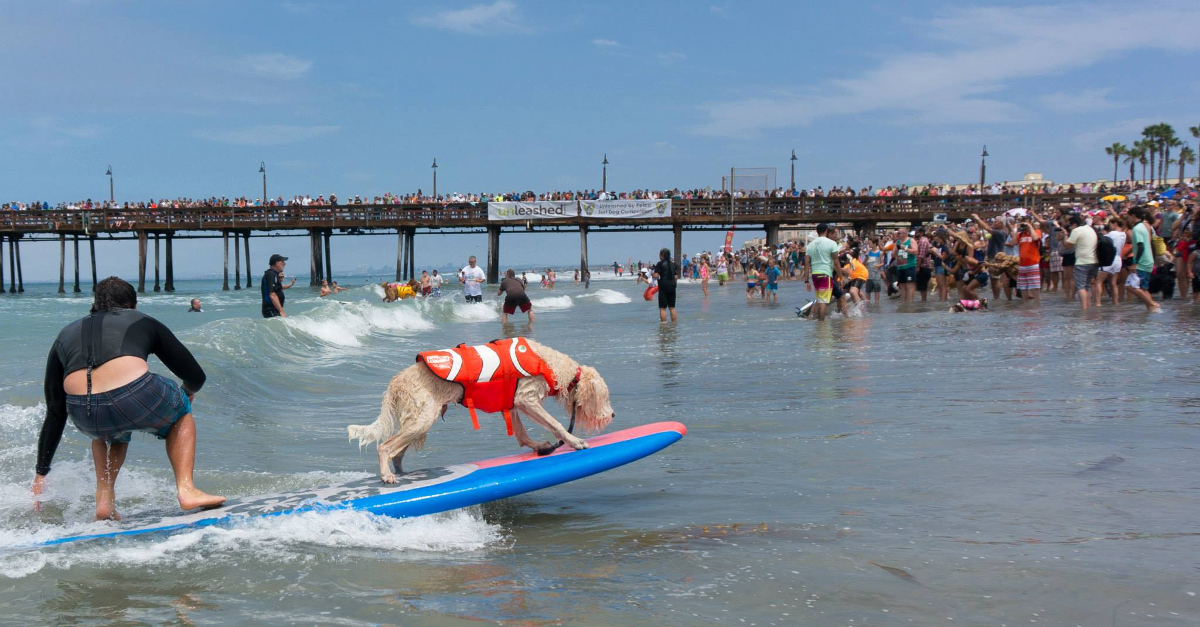 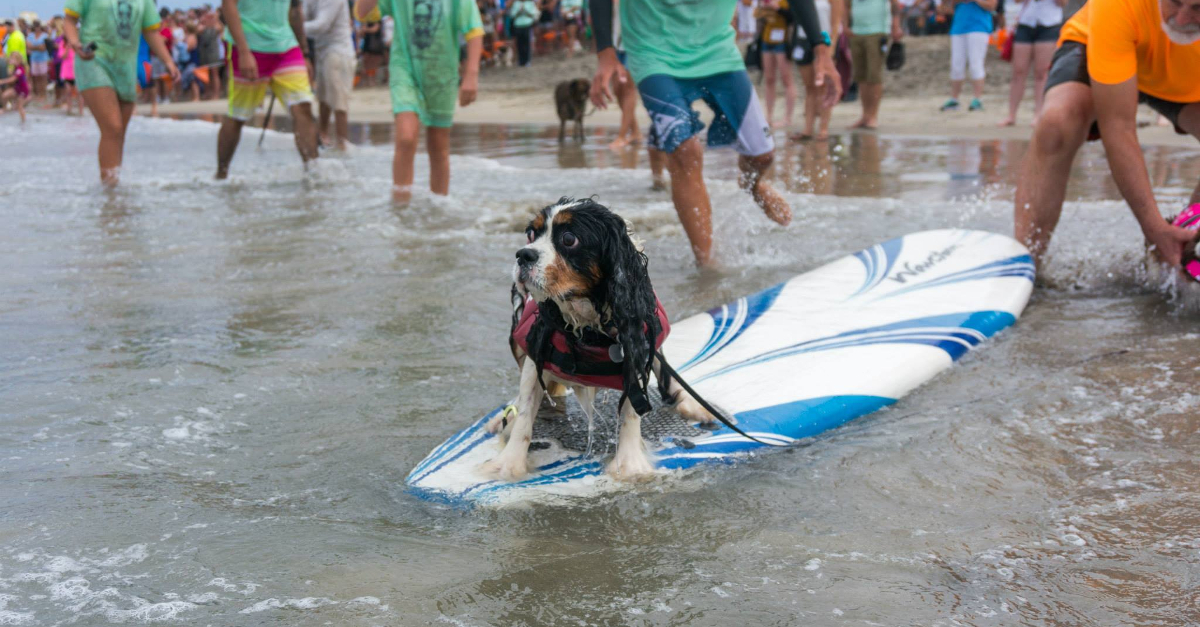 All proceeds from the surfing competition went to the San Diego Humane Society and the Society for the Prevention of Cruelty to Animals. The organizations’ many services focus on treating animals humanely and educating people on how to properly care for them too.

One of the 2014 winners, a golden retriever named Ricochet, surfs for a number of charities, including a program that teaches surfing to people with disabilities. Surf dog therapy enables Ricochet to help disabled children and adults become less stressful and build confidence. She also works with wounded warriors, veterans with post-traumatic stress disorder, military families and special needs children. To support this program, donate on the Animal Rescue Site.