There’s no better way to kick off the summer than diving into the water, and that holds true for both humans and animals. That’s why Scarborough, Maine just held a Dock Dogs event, a competition involving dogs jumping off a dock into the water. These events draw quite the turnout, with teams from all over the East Coast aiming to be the top dog.Dock Dogs has three competition categories for its events, which are called Big Air, Extreme Vertical and Speed Retrieve. For Big Air, which is a long jump-type of competition, the dog runs down the dock and jumps into the water after a toy. The judge measures the distance from the dock to where the dog’s tail hit the water. 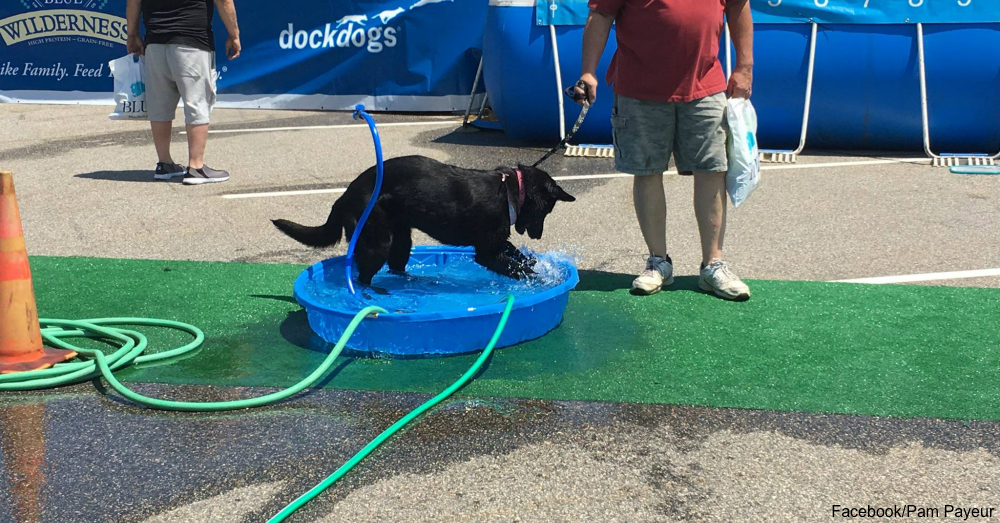 Extreme Vertical is a high jump competition. The dog jumps from the dock to a toy, which is suspended in the air 8 feet away from the dock. The toy starts at a height of 4 feet, 6 inches and gets 2 inches higher each time the dog successfully grabs it.

In Speed Retrieve, the dog starts on the dock and has to swim to the end of the pool, where there is a toy suspended 2 inches above the water. The dog must pull the toy from its bracket to stop the timer. 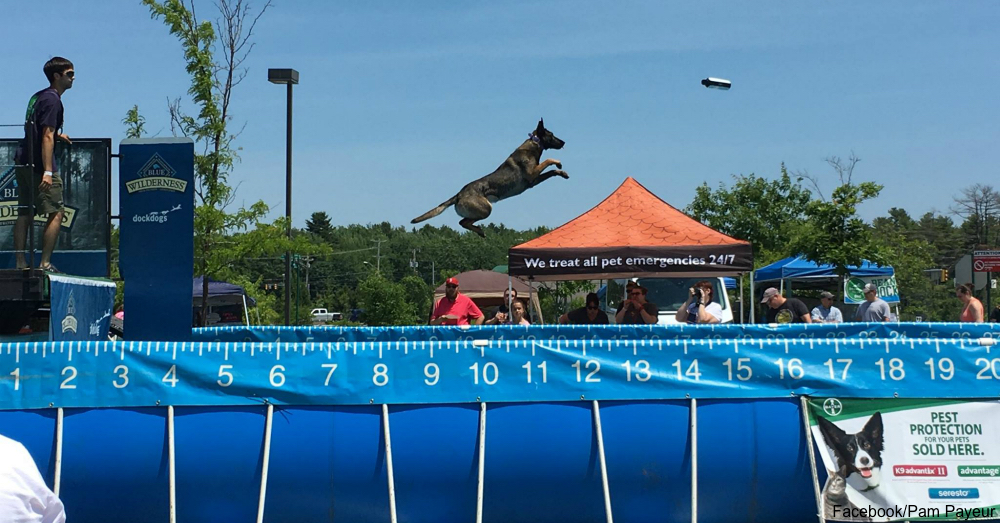 According to the Portland Press Herald, the Dock Dogs event in Scarborough was Maine’s first, and the state has three more events coming up this summer. Wide Open Pets reports that Labrador retrievers won all the events, but golden retrievers also performed well. One standard poodle had a big showing by jumping over 14 feet in its first competition.Dock Dogs events are a lot of fun for the dogs and draw quite the crowd, because who doesn’t enjoy seeing animals show off their awesome athletic abilities? When dogs don’t want to compete, they can still stay cool.