A ginger-colored street dog named Marty has had some hard times, but that hasn’t stopped him from showing others the bright side of life. This 2-year-old dog overcame a big challenge: surviving a serious gunshot wound to his face. Now, he uses his life to bring joy to others by making them smile when he raises his paw and gives them high-fives. Before Marty was two years old, he was already on the streets in the suburbs of New York City. One day, Marty approached a police officer who must have misinterpreted the dog’s intent. The officer, who had shot a dog in a previous incident, drew her gun and fired at Marty. The bullet struck Marty’s head, traveled through his jaw and came to rest beneath his tongue. 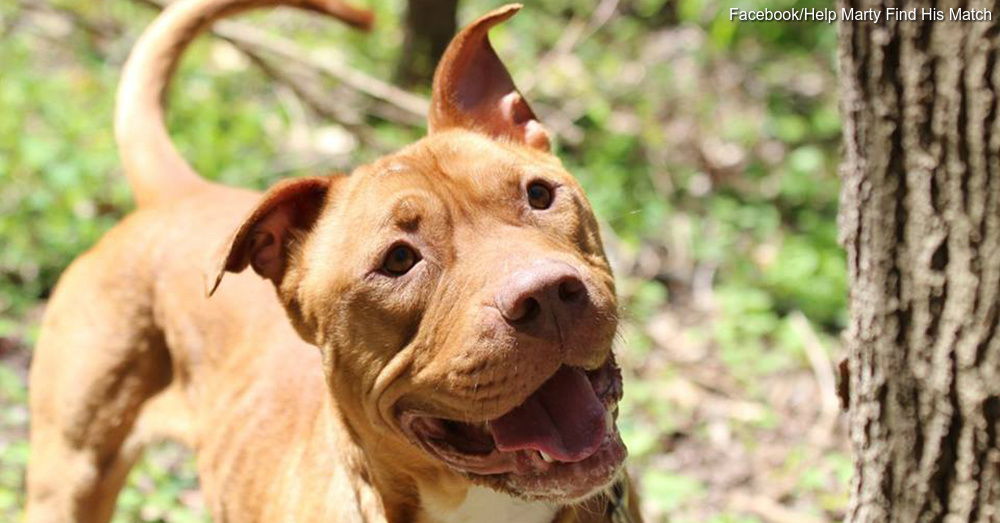 Thanks to the staff at the Town of Hempstead Animal Shelter and Adoption Center in New York, Marty survived and is doing well. When Andrea Zizzo, a shelter volunteer, recalls her first meeting with Marty it brings tears to her eyes. Even though he had serious wounds, Marty’s eyes were filled with love as he wagged his tail and did his best to smile while being brought into the emergency room. 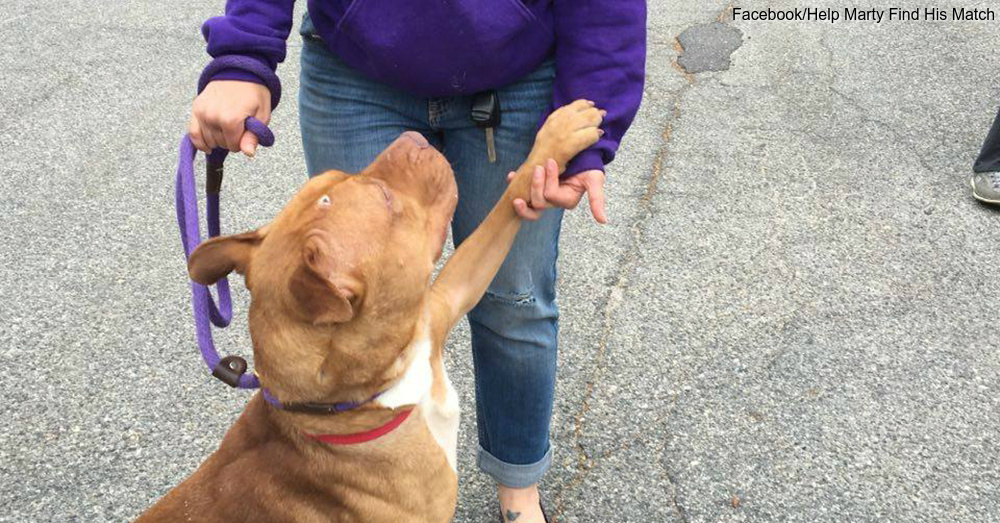 The shelter staffers say Marty has never shown signs of aggression to anyone, human or otherwise. Marty loves to give high fives, and acts as if nothing happened to him. How he learned to high-five is a mystery, but it’s his unique way of demonstrating his love for people. Marty’s obvious faith in humanity strikes a chord on the heartstrings of everyone who meets this tough, yet tender-hearted dog.As of June 2016, Marty still lives at the shelter and is in the market for a new home, preferably without cats. Marty has his own Facebook page that describes him as house-trained, knowing commands, friendly and loving. It’s clear that Marty is ready to be loved back on a permanent basis.