What should you do when you see an orphaned wild animal? The natural reaction is to try to take care of it, but this isn’t always for the best. Interacting with strange humans can stress the animal out and make it more vulnerable. Experts kept this in mind with a stranded seal pup found on the coast of Maine in July 2016. When a stranded seal pup found its way on to Wells Beach in Maine, a local marine rescue organization knew exactly what to do. They took the lonely pup to Mystic Aquarium’s rehabilitation center, where it would have the chance to grow up strong and healthy. They started feeding it a diet of fish gruel. They gave the youngster antibiotics and supplements to boost its immune system. Although a little skinny, the pup is expected to fully recover. It will be released back into the wild within a few months. 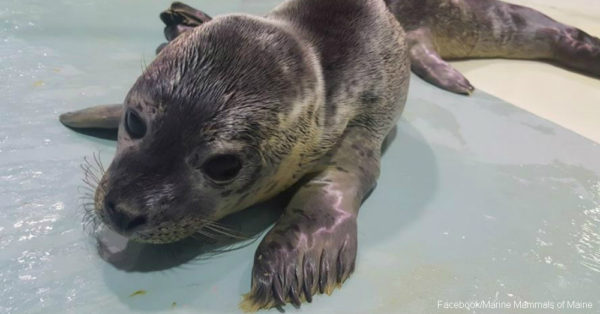 Marine Mammals of Maine are experts in saving stranded sea mammals and always work in accordance with the 1972 guidelines established by the Marine Mammal Protection Act. This is really important, because some of the best practices for saving stranded animals are counter-intuitive. For example, seal pups don’t need to be showered with water or wrapped in a blanket if they’re found washed up on a beach. Close human contact can stress out pups, and actually make recovery more challenging. 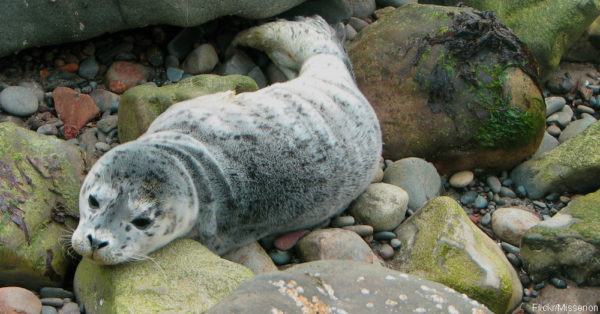 Lynda Ada Doughty, executive director of the group, advises would-be rescuers to keep at least 150 feet away from beached seals. Seal strandings are on the rise, because seal parents will abandon their offspring if there is too much human activity nearby. One thing would-be rescuers can do to save seals is report stranded pups directly to the experts at Marine Mammals of Maine. Surprisingly enough, humans aren’t the only animals with an interest in stranded seals. A pup found in a muddy field was brought to the attention of a rescue organization via a herd of 30 cows. The pup, now named Celebration, was sighted by human Ian Ellis, who saw both the herd and the seal through his telescope. The cows surrounded the pup, who was subsequently taken to a veterinary hospital by rescue workers.