A 10-foot dusky shark unfortunate enough to have been snared by a large fish hook off the Florida coast saw its luck turn around when it happened upon diver Michael Dornellas. Dornellas, a marine conservationist and amateur shark expert, was able to remove the hook from the shark's mouth, potentially saving its life. 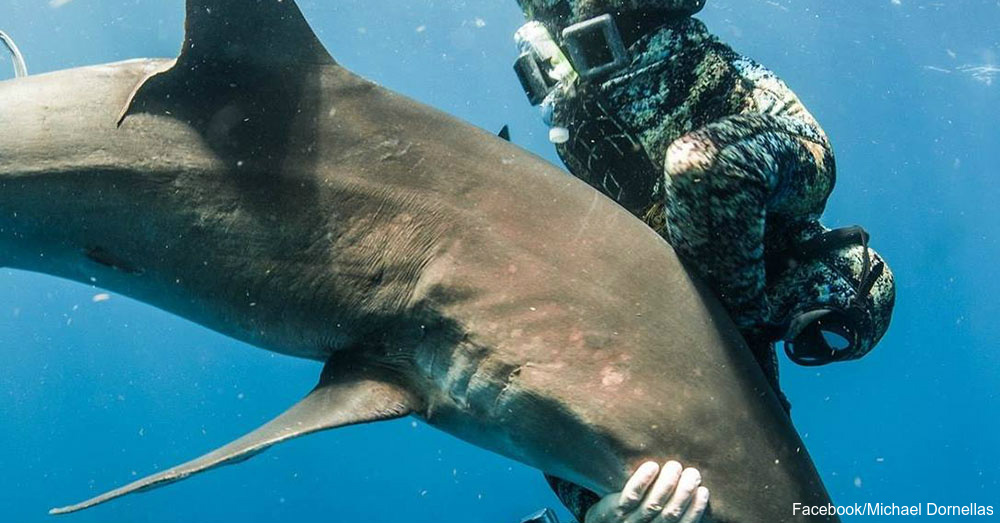 Dornellas saw the shark in distress during a dive, so he put fear to the side and went to work removing the stainless steel hook that was lodged in the fish's mouth, all while free diving without the help of an air tank. From previous experience, Dornellas knew that the hook could cause major problems for the shark. Many fish hooks that become trapped into fish eventually rust away, and the fish recover from the cut and go on to live normal lives. However, since this hook was made from rust-resistant stainless steel, it would likely have stayed in the fish's mouth permanently or even caused the fish's death if it had worked its way back in the mouth, cutting the shark's jaws open. 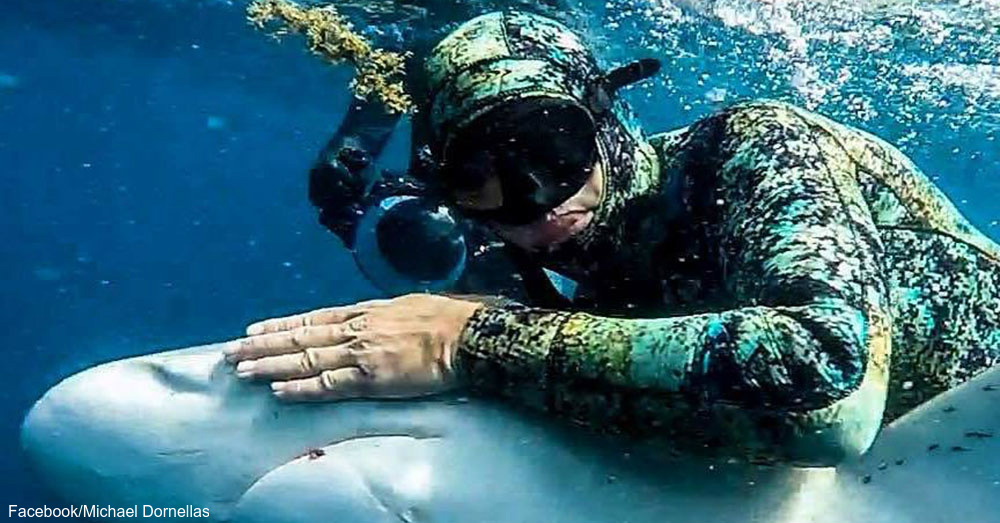 Dornellas set to work subduing the shark so that he could remove the large hook. His first step was to distract the shark by rubbing its snout with both hands, a maneuver known as tonic immobility, which is akin to hypnosis and keeps the shark subdued for up to 15 minutes. After putting the shark in a trance-like state, he rolled the big fish over onto its back and quickly extracted the hook. Once the hook was no longer an issue, the happy shark swam away, no doubt feeling like he had a new lease on life — and a long one at that. Dusky sharks are long-lived apex predators; they can survive for up to 50 years. Although Dornellas' encounter with the shark was nothing short of amazing, it is not uncommon for sharks in Florida to become ensnared by hooks. This often happens when sport fishermen catch them and then release them back into the ocean. Find out how you can help support animals worldwide with this adorable baby shark soft crib toy that stimulates the senses.