When it comes to unexpected animal friendships, it doesn’t get much cuter than Rex and Smores. Rex is a 10-year-old boxer rescue who walks using a wheelchair. Smores is an adorable guinea pig who rides around with him as a copilot. Together, they give each other the friendship that both animals wanted. According to The Dodo, Rex went to an animal shelter in October 2015 after being discovered in Orange County, California. He has degenerative myelopathy, a spinal disease that leads to a dog’s back legs becoming paralyzed. With no one adopting him, Rex ended up on the euthanasia list. Lucky for Rex, a group of boxer lovers were looking out for him and found him a home at the Leo Puppy Mill Survivor. 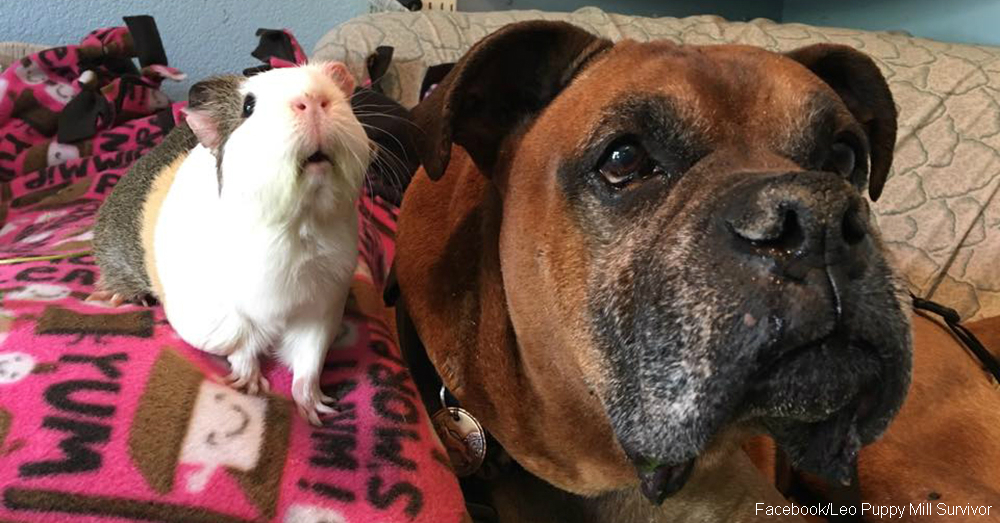 BarkPost reports that Holly Walthers began Leo Puppy Mill Survivor in 2014, with the name being a tribute to her boxer, Leo. Leo was also a rescue, and sadly he passed away from cancer.

Walthers was happy to give Rex a home, and for the first couple months, Rex even got to go on hikes. He had a friend, another boxer named Tyson. However, Tyson had the same condition as Rex, and unfortunately he passed away from it. Rex’s condition also worsened to the point where he could no longer go on hikes.

That’s when a woman from another rescue contacted Walthers about taking in Smores. Although Smores had a safe home, he wasn’t getting much attention. Walthers agreed to take care of Smores. 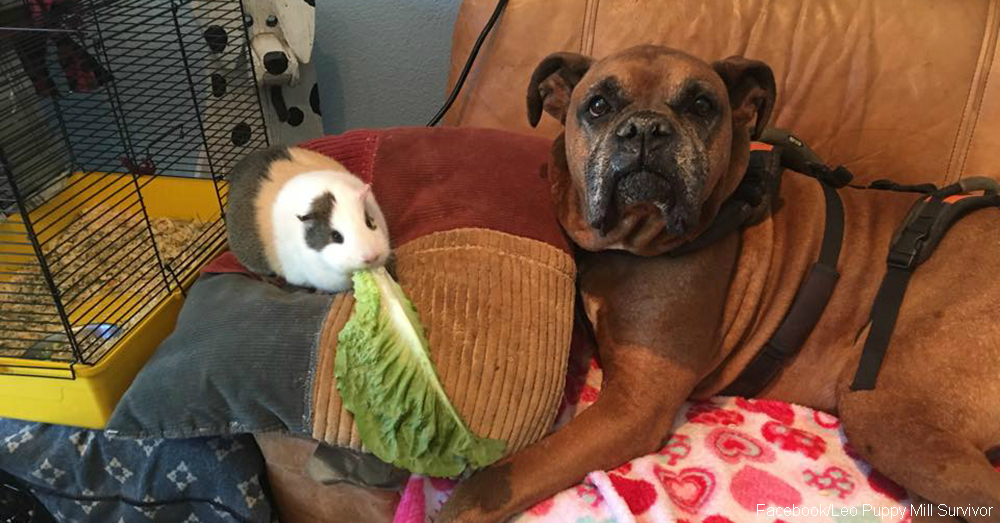 Rex and Smores were friends from the start and quickly became inseparable. Rex hangs out in his chair at the rescue’s office, and Smores stays right alongside him. Whenever Rex goes for a walk, Smores is in a cart connected to Rex’s wheelchair.Rex went through a rough time, but things have gotten much better for him, especially now that he has a friend in Smores. Ready for another heartwarming tale? Check out more inspiring stories of animals overcoming obstacles.