Shortly after he was born, the lovable kitten named Pippin was in bad shape. He had just been rescued from a horrific hoarding situation, but his rescuers doubted that he would survive. However, one thing Pippin did have was a will to live, and slowly but surely he began his recovery.Ontario Remediation Services said that they hadn’t dealt with many hoarding situations nearly as bad as the one where they found Pippin, along with over 80 other cats. While animal hoarders often believe that they’re helping the animals, the sad truth is they’re doing far more harm than good. In this case, the hoarder had eventually decided to just move out of the one-bedroom apartment, leaving the cats alone in the apartment. She’d come back to throw in some food, but when she got ill, she told someone about the situation, prompting Toronto Animal Services to intervene. 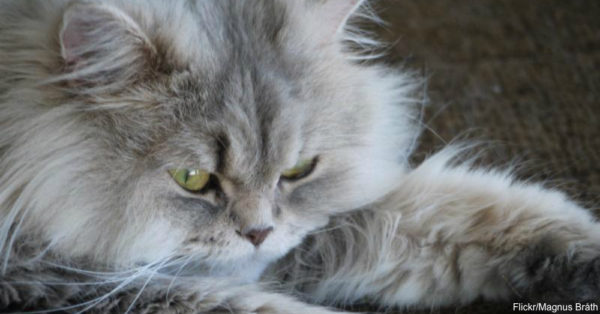 The situation was dire for the cats, who were taken to an emergency shelter. According to the Humane Society, several pregnant cats gave birth, bringing the total number to 91. Sadly, many of the kittens weren’t healthy enough to survive, and the number dropped to 73 cats. 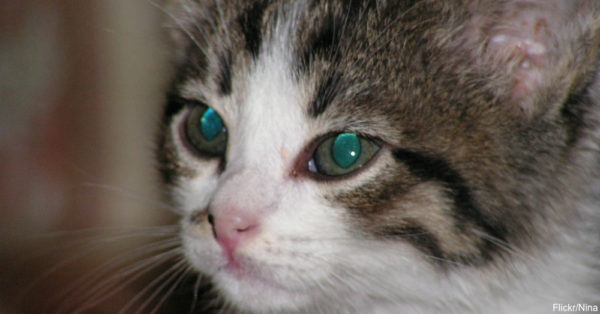 Pippin looked like he was going to be another kitten that didn’t make it, but he surprised everyone with his resiliency. He recovered fully, and when he reached 3 months old, a young couple adopted him. He isn’t alone, as the couple also adopted one of his siblings, Gabi.

Despite the ordeal he went through, Pippin is a happy, affectionate and trusting cat. He now has a loving home where he gets to play, look out the window, help his owner’s cook dinner and cuddle with his favorite faux-fur blanket.Pippin beat the odds and is now thriving, all thanks to his loving family and the people who rescued him from that one-bedroom apartment. For more stories of heartwarming rescues, meet Lola, another feisty kitten rescued from a hoarder.