Animals face many perils in the wild, but humans can be one of their deadliest and cruelest foes. Most people have never heard of glue boards, an inhumane form of trap that poses a major hazard to wildlife and pets. Sold at many home improvement and hardware stores, the boards entrap unsuspecting small animals, which suffer terror, pain, and often lingering deaths as they struggle to get free from the adhesive. Rescued from a glue trap, a critically ill baby opossum was recently taken to a California animal shelter suffering from dehydration and hunger. The tiny critter was terrified and barely clinging to life. Shelter volunteers contacted Gina Lynn at New Life Animal Sanctuary for help. Fearful that the animal wouldn’t make it through the night, Lynn got in touch with experts at Project Wildlife in Temecula, who agreed to take in the sick opossum. 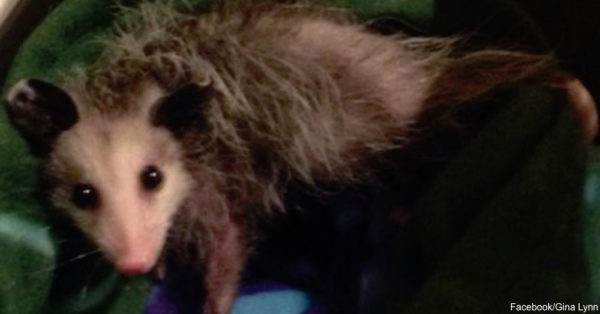 Wildlife specialist Anysia Dickson worked diligently to nurse the animal back to health. After two months of intensive support, the scrappy little opossum recovered and was ready for release.

According to the Humane Society, glue traps are one of the cruelest methods of trapping animals. The glue is frequently mixed with flavorings to attract hungry wildlife. When animals become stuck on the boards, they often suffer for days before eventually dying. 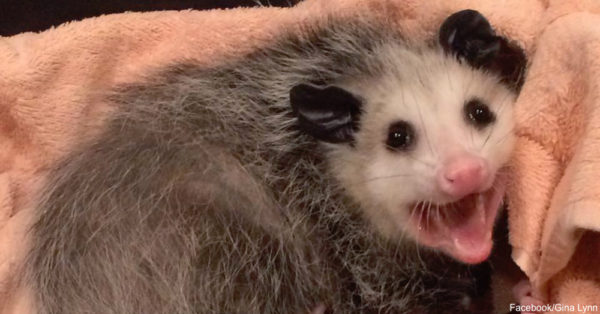 If you discover an animal trapped on a glue board, you can take steps to help. Martha Stewart suggests applying a little bit of oil to the area of adhesion to help the animal get free. Be aware, however, that the animal is likely to be in a state of panic, so your efforts might increase his anxiety. In this case, contact a wildlife specialist for assistance.

Thanks to the wildlife rehabilitation experts at Project Wildlife, one little opossum has a second chance at life after a run-in with a glue trap. The opossum’s recovery took many weeks and required the efforts of numerous caring people. Sadly, many creatures that encounter glue traps are not so lucky.

So many things threatened our wildlife. Find out about another hazard that threatens animals in the wild.