Gina, a beautiful boxer, went through years of abuse and neglect before she was finally rescued. She knew what it was like to see her puppies suffer while being unable to do anything about it. That’s why she knew right away when a mother cat and her kittens were in trouble. In one amazing moment, Gina paid it forward and helped those cats, just like her owner once helped her. 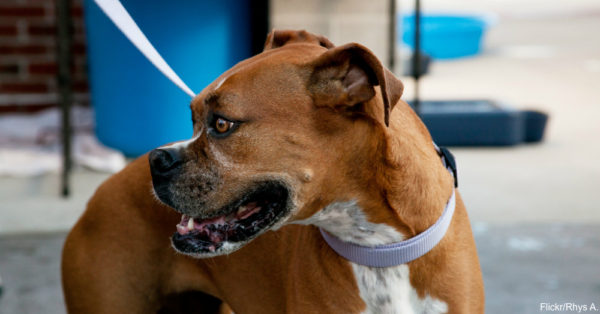 According to I Heart Dogs, Gina’s original owner beat her and left her chained in the backyard all the time. The worst moment came when her litter of puppies drowned in the mud; since she was chained up, all she could do was watch helplessly. Neighbors constantly heard her crying out, and — worst of all — this went on for three years. The Orphan Pet mentions that the police work very slowly in Greece, where Gina lives, as numerous people filed police reports about her during that three-year period. 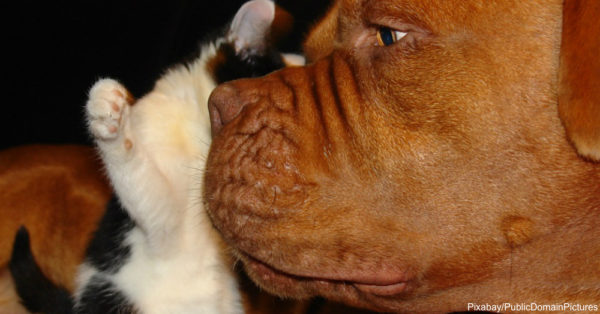 Once police took Gina from her abusive owner, things started turning around for her. The 3-year-old boxer found a home with Mary, a kind woman who gave the dog the loving care she deserved.

Eight years later, when Mary and the now 11-year-old Gina were on a walk, Gina spotted something. Love Meow reports that she saw a tabby cat and her four kittens by a garbage bin. Gina immediately pulled Mary over to the cats. 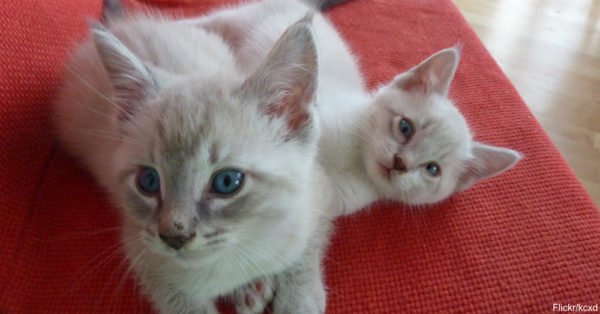 Mary decided to adopt the mother cat, now named Lucy, while the four kittens are going up for adoption once they’re 2 months old. Gina, Lucy and the four kittens have formed an adorable bond, as the kittens love crawling all over Gina, who is very protective of them. It’s fitting that after Gina’s ordeal, she was able to help a mother protect her young. Want to see more cute dog and cat bonds? Check out this pair, whose love keeps them together.