Throughout the world, nature’s most majestic birds are dying from an unseen but common cause: rat poison. The indirect effects of rodenticides harm creatures from great horned owls to red-tailed eagles, as well as songbirds, foxes, skunks and a host of other mammals. Learn why these second-generation poisons spell big trouble for wildlife and which alternative methods are safe for the feathered folk in your yard.

Rodent poison has always posed a risk to predators. Both first- and second-generation poisons cause death by preventing blood from clotting, and the dangerous anticoagulant effects are passed along to any animal who eats them. However, the second-generation poisons such as Havoc and Talon are more lethal to wildlife because they kill more slowly, allowing the rodent to go back to the bait station for seconds or thirds before dying. This increased consumption gets passed along as a lethal dose to predators. In addition, the slow death leaves rodents weak and dazed for days, making them easy prey to owls, foxes and other hunters.

According to Audubon, a non-profit dedicated to bird conservation and education, a majority of many owls test positive for rodenticides in their systems. Studies conducted in New York reveal the chemicals in 81 percent of great horned owls, while studies in California found the substances in 92 percent of raptors in San Diego County and 78 percent of mountain lions. Research in Denmark, Great Britain, and Canada report similar findings.

Once enough brodifacoum, difethialone or other rodenticide enters the system, owls experience lethal effects on their circulatory systems. Reduced red blood cells starve the tissue of oxygen, and the animals suffer internal bleeding and hematomas. In 2012, New York’s beloved red-tailed hawk Pale Male, who nests at 927 Fifth Avenue, lost his mate to brodifacoum poisoning just before she laid eggs. Others survive in the short-term only to die later of a cut that can’t heal because of poor clotting or generally weakened circulatory systems.

Dangers to Pets and Children

The dangers are not limited to wildlife. Audubon reports that a 2003 EPA study discovered over 25,000 cases of children poisoned by rodenticides in a four-year span. Licensed exterminators are required to place the poison in baiting stations to prevent accidental ingestion, but this makes no difference to family dogs and cats who ingest dying or dead rodents. Such pets die every year from fatal poisonings, and many pet owners are unaware of the dangers of using rodenticides.

Scientists are still uncovering the long trail of these poisons, which show up even in non-predatory animals, including songbirds, deer, possums, and waterfowl. Small mammals may burrow into bait stations and absorb some of the chemicals through skin contact, and insects may similarly pick up the poison on their bodies and then be eaten by songbirds.

A Ban With a Big Loop Hole

In response to the ecological dangers, the EPA now limits the use of second-generation rodenticides. In a decision that went into effect in 2011, the new rules prevent consumers from buying the poison, but permit professional exterminators to use the chemicals provided they purchase at least 16 pounds and use tamper-proof bait stations. Critics say that the partial ban is an improvement but not a solution, citing the fact that owls and other mammals who hunt poisoned rodents are still at high risk.

What to Use Instead

Conservation and bird advocacy groups urge consumers to control rodent populations with mechanical means instead of poisons, including snap traps and electrocution traps. If you must resort to poison, choose first-generation versions such as chlorophacinone, diphacinone and warfarin. Although they require more than one dose, these older chemicals are just as effective over the course of a one week period and pose far fewer risks to wildlife.

Despite gains, the threat isn’t over yet. Owl populations still come into contact with poisoned rodents. Do your part to help by eschewing these potent poisons yourself. 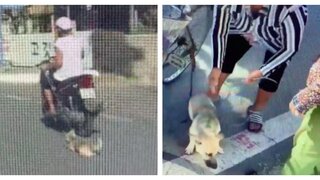