Office Marcus Montgomery hadn’t planned on making a new addition to his family when he finished up his report at a Florida animal shelter. However, one adorable puppy caught his eye. Once he heard the dog’s sad story, he knew he had to adopt him. Officer Montgomery was at the Panhandle Animal Welfare Society finishing up an investigation when a supervisor came into the room holding a small puppy. For Montgomery, it was love and first sight, and he had to snuggle the puppy. He warned the staff that he’d take the puppy home right then and there. That’s when the staff opened up to him about how they found the dog. 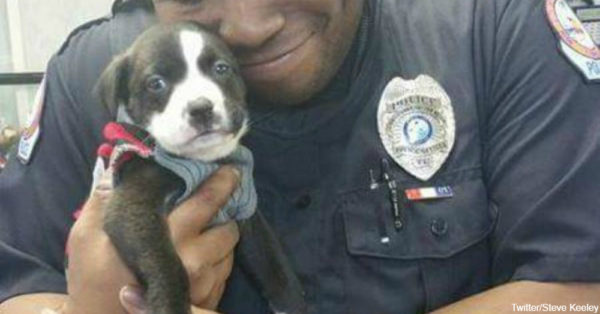 They told Montgomery that someone abandoned the puppy in a box the night before, right outside the shelter. Being left alone would be bad enough, but temperatures that night were also around 30 degrees or below, meaning the poor puppy had to suffer through a chilly night.

Montgomery was very saddened by the story, but as much as he wanted to adopt the dog, he wasn’t sure if it was a good idea because of his busy work schedule. According to ABC News, he talked to his girlfriend about it, and they both decided that they could handle another dog. Montgomery already had one dog, named Vader, and it was time to get him a new friend.

As a true “Star Wars” fan, Montgomery stuck to that theme when naming his new puppy Kylo. The police officer also hopes that Kylo’s story inspires people to visit their local animal shelter and consider adopting a pet there. 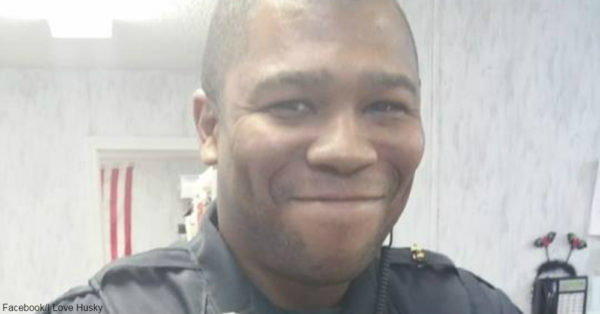 Officer Montgomery found a new lifelong friend through a chance encounter at an animal shelter. For another touching story about police officers bonding with dogs, read about this dog that finds his police friend all on his own.