After suffering frostbite, a miniature donkey named Bella was rescued from a negligent breeder and veterinarians advised she be put to sleep. Her new owners refused, however, and after an amputation, Bella received an artificial limb from Wyoming's Hanger clinic and is doing just fine.The days of putting equine animals down due to leg injuries may soon be behind us. The Hanger Clinic also supplied prosthetic limbs for Emma, another miniature donkey, who was born with a malformed foot. 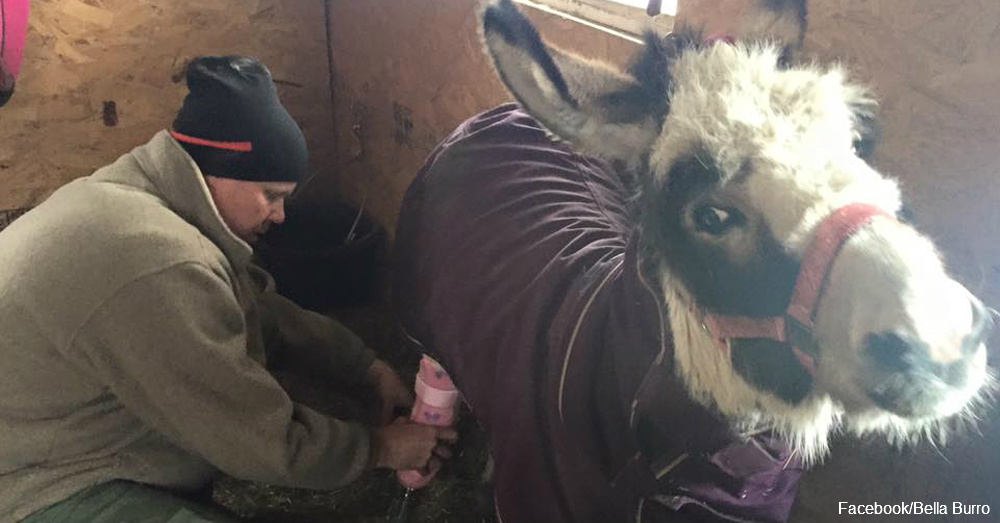 After her birth in 2012, Emma became a test case for veterinarians at Auburn University, who hoped to find alternatives to equine euthanasia. Since her surgery at just two days old, Emma has been fitted with a series of prostheses — new ones are needed as she grows — and her caretakers have continued to research the best ways to care for her condition. They've grappled with questions like how to prevent sand from irritating her stump and how to design a buckle she won't chew on.

Emma, like Bella, is healthy and active. Bella's owners say she enjoys running, playing with farmyard friends and eating. She's a happy, affectionate donkey who doesn't even realize she has an artificial limb, said her owner Ann. 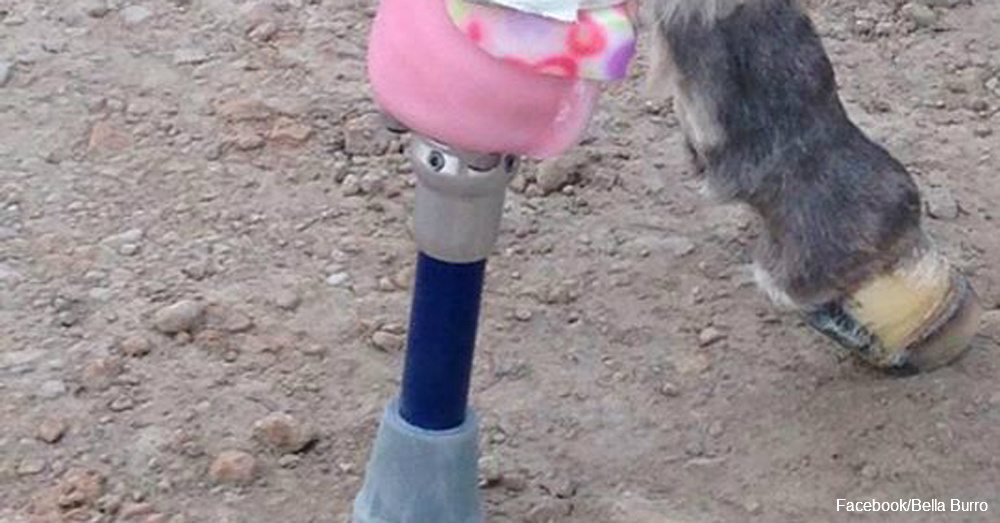 Bella's amputation cost about $10,000 and her original prosthesis cost approximately $2,500. She, too, will need replacement limbs as she grows. The current version is made of heavy duty plastic impregnated with carbon fibers, but it doesn't bend. Her caretakers at Auburn University and the Hanger Clinic are trying to develop an artificial limb that will flex like a real hoof but still support a donkey's weight. The researchers at Auburn University and the Hanger Clinic hope their work with miniature donkeys will eventually allow them to offer limb replacement as a routine therapy. They also hope one day to offer the treatments to larger animals, such as horses, which are harder to treat because of their greater weight. Learn more about how doctors are using prosthetic limbs on animals, including this chicken with a prosthetic leg.