It was a long overnight shift for Kareem Garibaldi as a Sunday night turned into Monday morning. That didn’t stop him from taking his young charge to a Florida SPCA for a checkup after he got off work as a police officer in Lakeland, Florida. A viral photo shows what happened when Garibaldi waited for 8-week-old Hope to have her medical checkup. 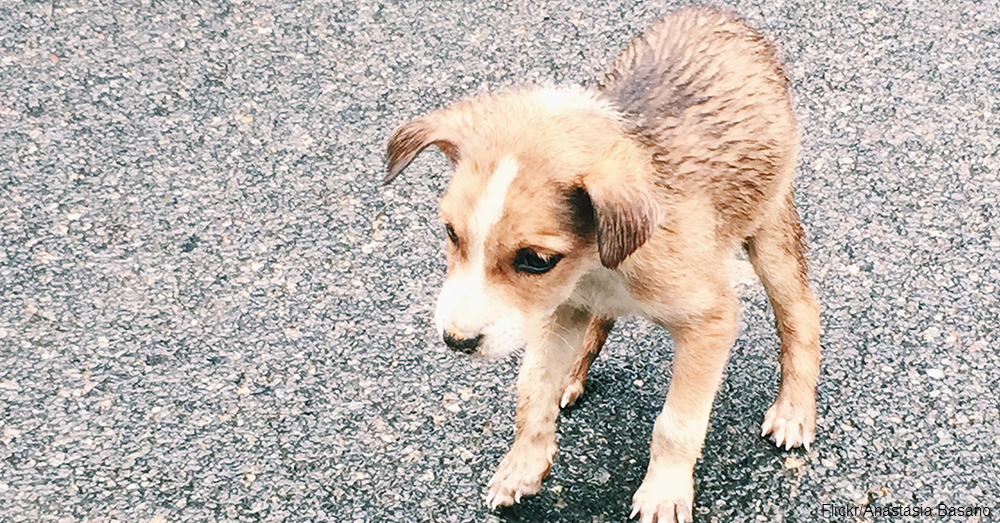 Garibaldi found the pit bull-boxer mix puppy underneath his squad car on a Saturday evening. After failing to find the owner, Garibaldi decided to rescue the youngster, which he named Hope, and care for her until she found a good home. The following Monday morning, after a long shift, the officer took her to the SPCA to make sure she was in good health. He fell asleep sitting on the bench in the waiting room, and Hope curled up on the bench next to him.

Instead of going home to sleep, Garibaldi sat in the SPCA for three hours to make sure Hope was safe. An employee of SPCA snapped the photo of the grown, burly man taking a quick nap with the little pup next to him. The cute photo went viral after the organization posted the picture on its Facebook page. Aside from mites, the pup was in great shape and she received her vaccinations, but that wasn’t the end of the story.

The next day, Garibaldi brought Hope to work. The dispatcher took one look at the puppy and fell in love. In the span of four days, Hope was without a home, rescued, cared for by a kind police officer and then adopted. Garibaldi’s colleagues at the police department touted the young man’s kindhearted nature on the department’s Facebook page. Connie Johnson of the SPCA, the woman who took the photo, says Garibaldi has a huge heart because he genuinely cared about the outcome of the puppy. Hope’s story has a happy ending for everyone thanks to the good-natured police officer who helped her for just three days. Imagine what everyone can do if they had Garibaldi’s spirit of caring. Watch this story of a police officer who carried a 75-pound German shepherd back to its owner after a car accident.