“Pokemon Go” has become a recent fascination with many people. Unlike most other games, “Pokemon Go” promotes moving around and being active. In addition to promoting a healthy lifestyle, “Pokemon Go” has contributed to other positive events, as evidenced in the case of Carey Burns, a Florida resident who helped rescue an injured kitten while playing the mobile game. Carey Burns was wandering around her apartment complex playing “Pokemon Go” and looking for mythical creatures when she heard a peculiar noise that prompted her to investigate. She followed the noise and discovered an obviously injured kitten under a tree branch with her leg angled in an awkward position. Since there was no one around the cat when Carey found her, Burns believes that the kitten was climbing the tree, then slipped and fell down. Carey picked up the cat and started thinking about how to help the poor animal. 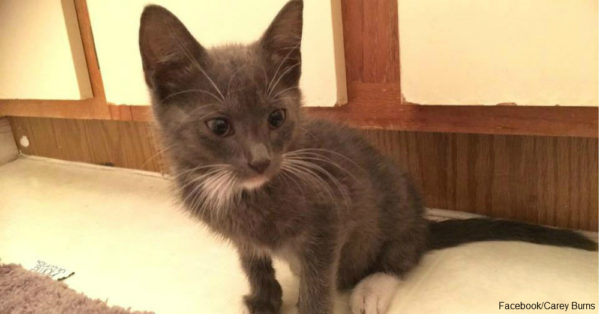 She got in touch with Candy’s Cats, a rescue organization based in Orlando. Candy’s Cats offered to pay all of the kitten’s medical bills if Carey would watch the kitten while the rescue organization looked for a forever home for the feline. Carey graciously agreed to care for the kitten, and she named her “Mewtwo”, which is a powerful feline-like Pokemon. Under the care of Candy’s Cats and the supervision of Carey, Mewtwo is rapidly recovering from a pelvis injury. 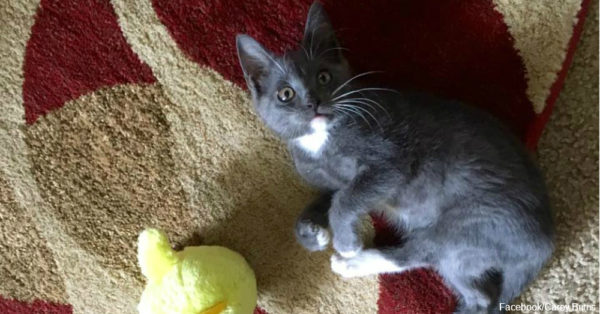 After her pelvis heals, Mewtwo will be getting hip surgery, but in the meantime, she’s enjoying her stay at Carey’s residence. Sometimes the kindness of a stranger is all that’s needed for a bad situation to turn into a good one. Because of Carey’s caring attitude and willingness to let Mewtwo into her home, the kitten is expected to make a full recovery. Surprisingly, there are many other situations in which “Pokemon Go” has lead to injured animals being rescued. Watch this smile-inducing video about a “Pokemon Go” player who rescued not one, but three kittens.