Bringing home a new pet is much like getting a new member of the family. Unfortunately, the family who once owned the beagle Darwin did not hold him in this regard. At the age of 7, 90-pound Darwin came to a Van Nuys, California, animal shelter for being “too old” and “too fat.” Darwin’s physical and emotional condition signified years of neglect. Beagles are especially prone to excessive weight gain because they cannot control themselves around food and often overeat. Overweight animals have a slim chance of being adopted, and poor Darwin likely would have been put down if it hadn’t been for Karma Rescue. 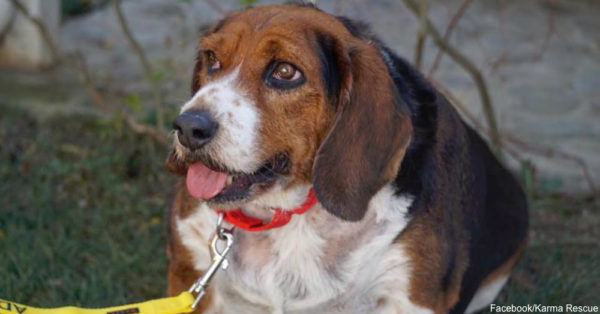 Volunteers took him to a vet, who discovered that Darwin has a thyroid condition that had contributed to his weight, which was nearly double the normal range. After receiving medication and hospital care to resolve this issue, a foster family took Darwin in and slowly introduced him to exercise. Soon they noticed he also had a problem with separation anxiety and would bark and howl incessantly when left alone. The volunteers soon enrolled Darwin in the Paws for Life program, which would give Darwin 10 weeks of training with prisoners in high-security prisons. Inmates worked with Darwin to teach him basic obedience, familiarize him with crate training and reduce his anxious behavior. He lost 25 pounds in the program and became a well-mannered dog. 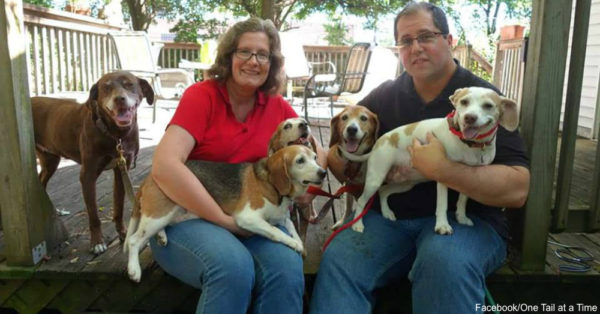 Darwin is not the only obese beagle saved by volunteers. A dog named Kale Chips, initially dumped at an animal shelter in Chicago, found a new home through an organization called One Tail at a Time. Kale Chips lost a total of 41 pounds before adoption. Just because a dog is overweight does not mean its quality of life should diminish. Sadly, many owners do not want to take on the responsibility that comes with an obese dog and resort to abandoning them. Many rescue groups save these animals and give them new leases on life, but these groups cannot exist without volunteers and donations. Find out how you can help — and make the lives of shelter dogs a little more comfortable — by sending care packages that include food, beds and vaccinations.