When a baby otter in Singapore found himself in mortal danger and his family was nowhere around, humans jumped to the rescue. The efforts of a number of individuals and agencies ensured that the otter was saved and reunited with his group. The collaborative effort is a good example of how people should react when confronted with animals in crisis.The excitement began when a baby otter named Toby, a member of a group that Singapore Otter Watch has dubbed Marina 9, wandered out of his burrow, which is known as a holt. He fell into a seawater canal at high tide and appeared to be drowning. A bystander named Patrick Ng quickly dove into the water, rescued the otter and returned him to the ledge, hoping that the otter adults would come back to claim him. However, when observers from Otter Watch later noted that the rescued pup was still alone, they took him to Wildlife Reserves Singapore. The veterinary department fed Toby with a bottle, gave him worm medicine and administered an injection of vitamin B. 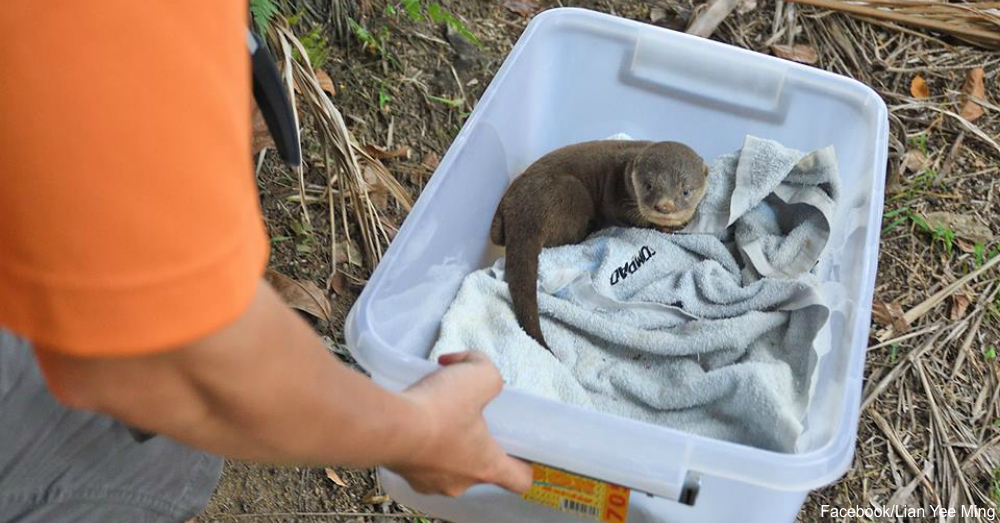 After several days, Toby seemed strong enough to return to the wild. His rescuers did not want to wait too long, as they were concerned he would get too attached to humans. Initially, they placed the pup on the sand in a carrier, but when he remained silent, they removed him from the carrier and put him directly on the sand. Only then did the pup cry out, and the whole otter group came running for him. After greeting and sniffing Toby, the other otters accepted him back, and they all went off together, the pup riding comfortably in the mouth of one of the adults. 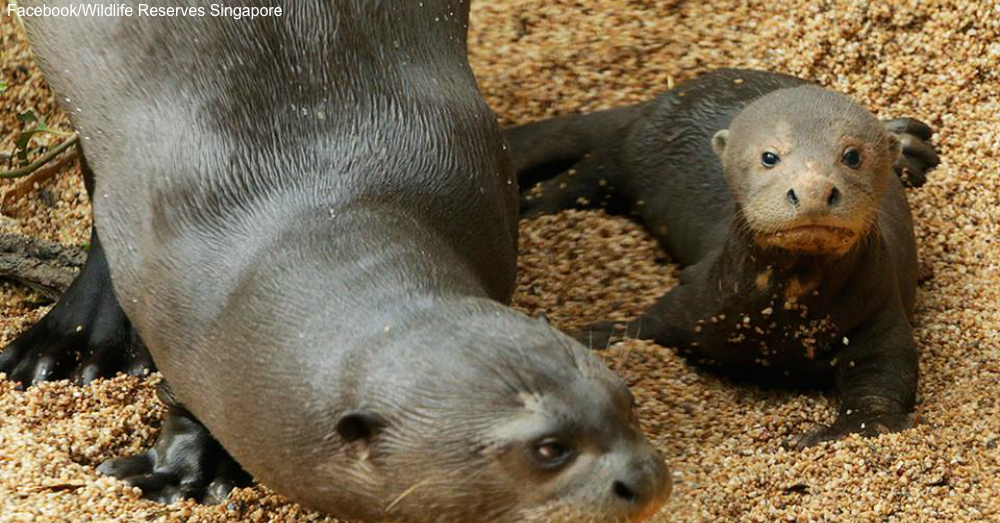 Two species of otter live in the Singapore area, the smooth-coated otter and the small-clawed otter. Although in the past otters mainly frequented nearby estuaries and mangroves, in recent years they have begun to inhabit artificial areas such as parks and reservoirs. As a result, the human community has become more aware of them and involved in securing their safety.

The rescue of the drowning otter pup would not have been possible without a group effort of kind-hearted humans. If you love this rescue story, watch this video about another touching animal rescue.