Who’s the cutest pug on Instagram? There’s a lot of competition, but Pirate Pug Jack has certainly amassed a following. From his one eye to his protruding tongue, Jack’s got adorable written all over him. 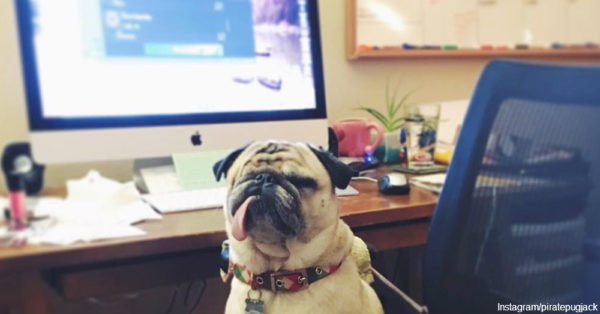 Pirate Pug Jack’s a bona fide internet star, and here you can see him sitting in front of the computer monitor. No doubt he’s managing his Instagram account or putting new items up for sale in his Etsy shop. 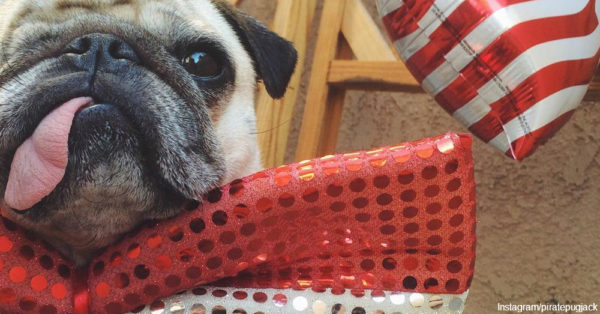 Jack loves to show his pride in America by wearing a big red, white, and blue bow tie on the Fourth of July. What an adorable salute! 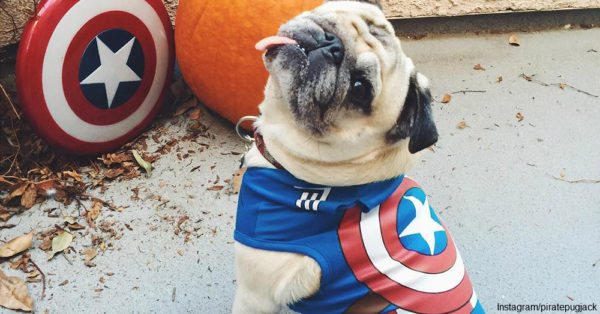 With all that patriotism, it’s no surprise who Pirate Pug Jack’s favorite Avenger is. He loves to dress up as Captain America for Halloween.

A Worn Out Celebrity 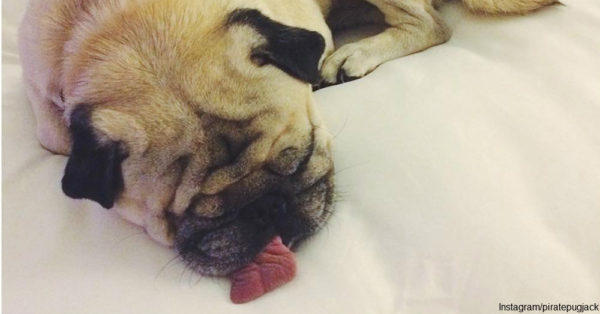 All that hard work being a celebrity can really wear a dog out. Sometimes you just have to flop on the carpet for a snooze.