FIV-infected shelter cats often have a difficult time getting adopted, but one cat cafe chain in Japan is trying to change that, warming the hearts of kitty-lovers everywhere. Neco Republic fills its Tokyo cafe with cats that have feline AIDS. Customers are invited to hang out with these cats, lovingly nicknamed “apple cats,” and learn more about the disease. 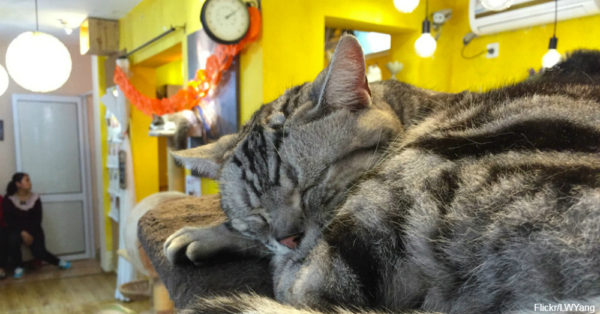 Feline immunodeficiency virus, or FIV, is similar to HIV in humans. While this virus cannot be transmitted from cats to humans, it can be transmitted between cats. Many people are reluctant to adopt cats with this virus, fearing that such cats will have shorter lifespans. While it is true that FIV can weaken a cat’s immune system and increase the possibility of infection, the virus can remain dormant for years and many “apple cats” live long lives without showing symptoms. 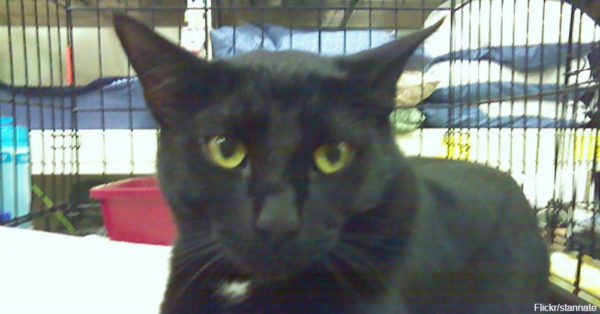 Potential adopters are also often concerned about the possibility of spreading the virus to their other cats. Most FIV transmissions occur from bite wounds during aggressive fighting, but the disease is also sometimes transmitted from mother to kittens. Typical cat behavior, such as grooming and sharing food dishes, does not spread the virus, and in most cases FIV-positive cats can live happily with FIV-negative cats.

Neco Republic wants to show potential adopters that there is nothing to fear regarding FIV by dedicating its new Tokyo cafe to FIV awareness. In doing so, the cafe chain hopes to dispel FIV-related myths and show that “apple cats” are as friendly, playful and loving as any other cat. 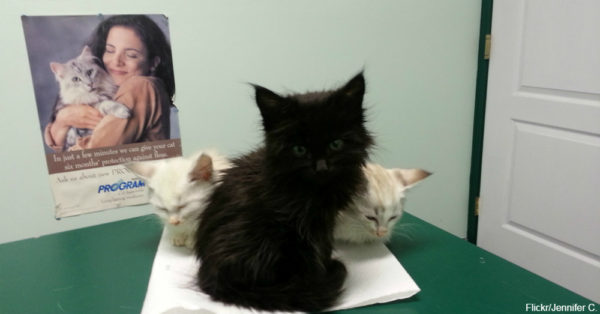 A greater understanding of FIV can help more of these cats find the loving, forever homes that they deserve. One example of a FIV-positive cat that has found a happy family is Mister Bud, a cutie found under a porch in Dallas, Texas. He has been living with the virus for more than eight years, but that hasn’t stopped him from being an important part of the family.