Members of the Lishchynsky family were forced to flee their home in Fort McMurray, Alberta, Canada due to the raging wildfire that besieged the city. The family had gathered some photographs and a few possessions in preparation for evacuation, but then the winds changed as the fire jumped the highway. The family had no choice but to leave everything quickly, including their four beloved cats. The Lishchynskys thought they had lost their pets forever. 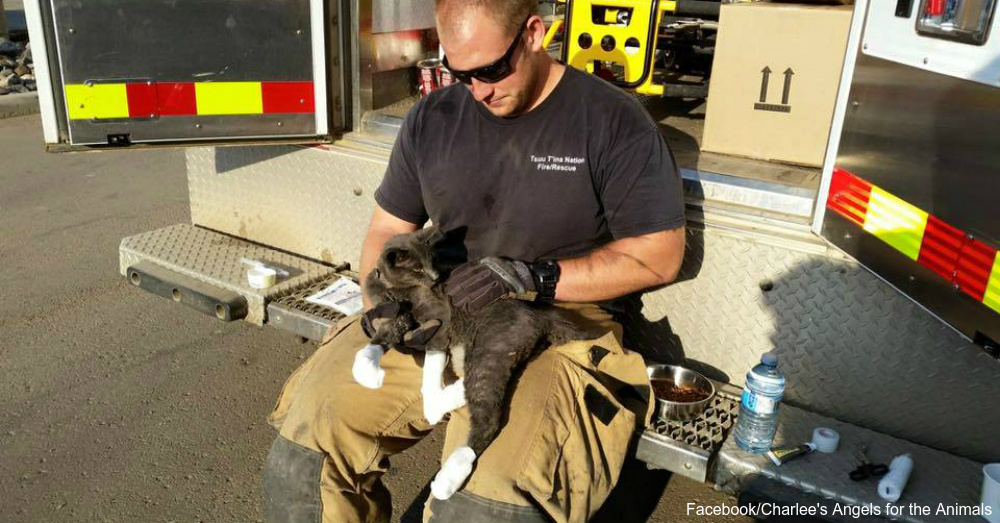 A miracle happened when firefighters combed through the charred rubble of the home. When one of the men happened to pick up the kitchen’s overturned stove and look inside, a grayish-black kitty with white paws was huddling in one corner of the appliance. The cat had its paws bandaged and a cone around its neck at the scene. Some pictures posted to social media showed the lucky cat surrounded by three firefighters. 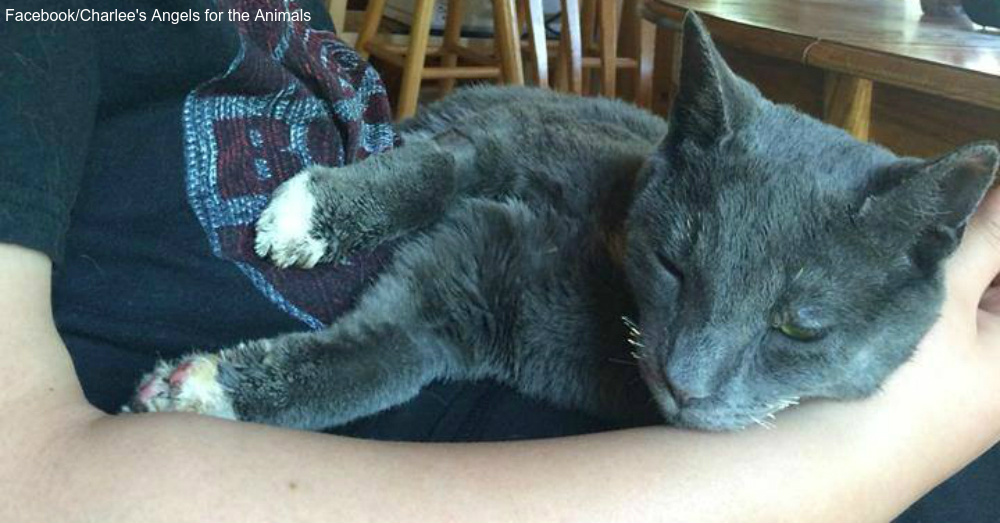 The crew named the grayish cat Toast. Firefighters believe the cat hid in the stove to escape the flames. An explosion knocked the stove on its front to keep the door shut, a lucky coincidence that saved the cat’s life. The insulation that keeps heat in the stove when it’s on also protected the cat from the extreme heat of the fire raging outside. Firefighters named this lucky kitty Toast, and another cat found at the scene was called Singe. 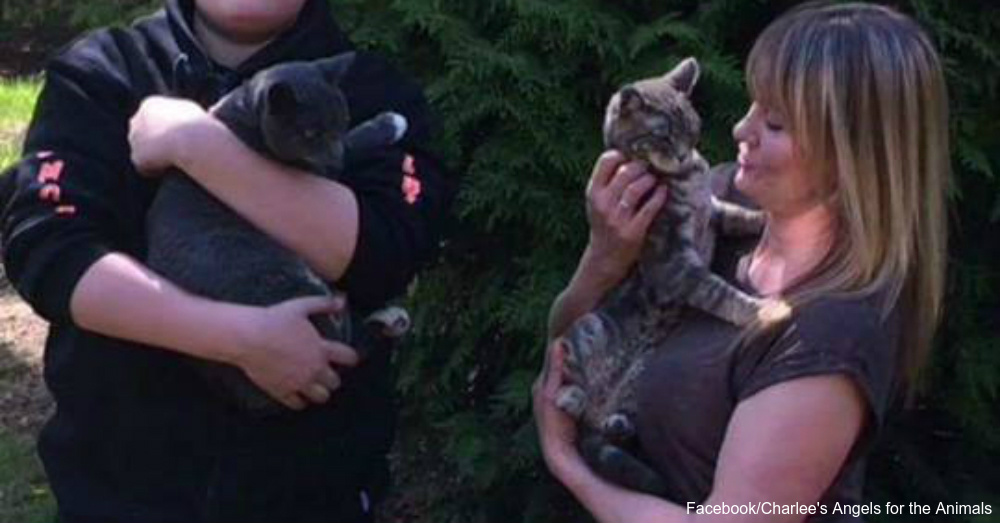 Thanks to the photographs posted to social media, Jody Lishchynsky saw pictures of these two lucky survivors. She instantly recognized them as Tux and Sky, two of the family’s four cats. Her 12-year-old son, Landon, had a joyful reunion with the kitties at an animal shelter less than a week after evacuating. A family dog, Nala, also survived when she evacuated with the family. Sadly, no one was able to locate the other two cats.

Despite the loss, Landon and his mom remain optimistic about the future. The family lost many treasured mementos and photos in the fire, but two lucky kitties continue to bring joy to the Lishchynskys as they decide how to rebuild their physical home.More than 90,000 people evacuated the area when the flames hit Fort McMurray, and many pets had to be left behind. Tux and Sky show that cats really do have nine lives. If you loved the survival against all odds of Tux and Sky, you’ll enjoy this amazing kitten rescue.