The gentle manatee is one of the most distinctive wildlife species in Florida, yet just a few decades ago, it was nearing extinction. Federal and state protection programs have been remarkably successful at protecting these gentle giants, and manatee populations have made an astonishing recovery. 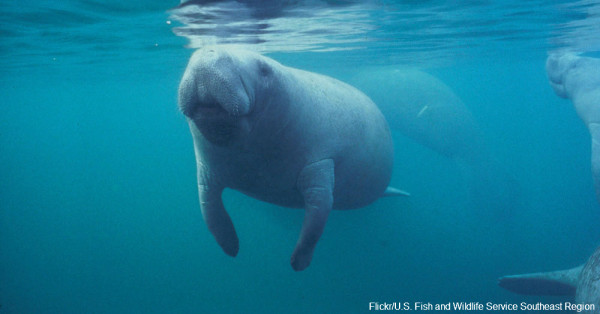 Manatees are gentle, slow-moving creatures, which is a large part of why they were threatened with extinction in the United States. Fast-moving motorboats often collide with them before they can get out of the way, causing serious injury or immediate death. High levels of human activity often stress manatees out, causing them to change their feeding and mating habits. They also live in some of the most beautiful and desirable areas in Florida, so human encroachment into their habitats further depleted their numbers. All of this contributed to a severe population decline, with the first survey in Florida only finding 1,267 manatees. 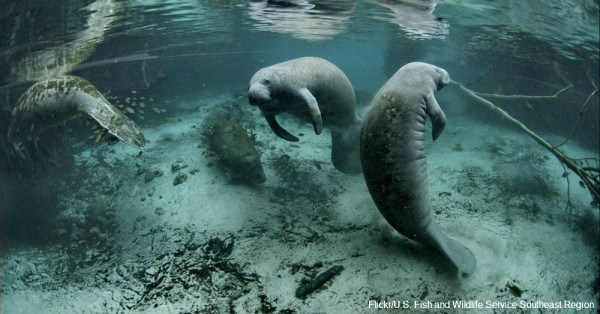 The Fish and Wildlife Service classified manatees as endangered, and federal agencies, private industries, and local governments in Florida and Puerto Rico took immediate measures to protect the species. These efforts included regulations on boat speeds in manatee habitats, rehabilitation for injured or sick manatees, and changing public works, such as water control systems, to be safe for manatees. The fishing industry also used technology to reduce the risk of manatees getting entangled in lines and equipment, which is another major cause of death. 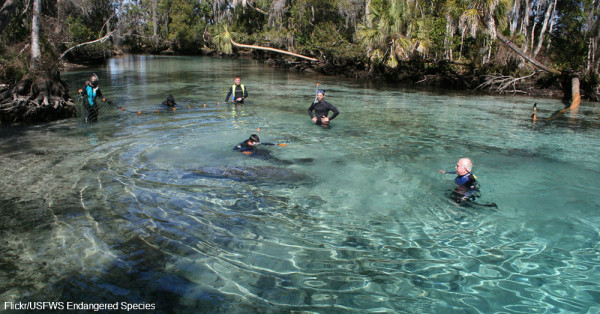 These efforts have paid off, and the manatee population has rebounded to a stunning 6,300 individuals in Florida alone, which is an increase of about 500 percent. There are estimated to be about 13,000 West Indian manatees in the world. The population increase is so impressive that the Fish and Wildlife Service is considering moving manatees from “endangered” status, which means they are in imminent danger of extinction, to “threatened,” which means that although populations are strong, they are still at risk of extinction in the future. 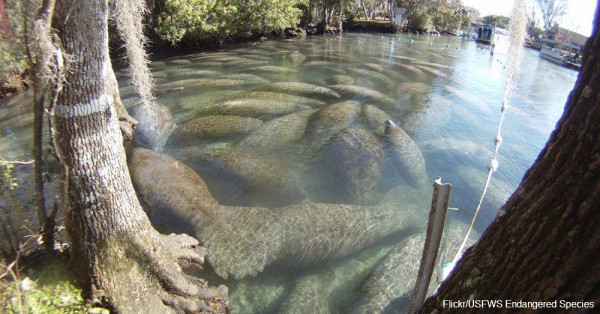 Florida's manatee population is recovering by leaps and bounds, but it still has a long way to go. You can help remove all our marine animals from the endangered species list with Gifts That Give More™, like this one.

Along the eastern coast of India, development, pollution, and poaching have driven the local sea turtles toward extinction. VSPCA rangers monitor nesting sites, eggs, and hatchling Olive Ridley sea turtles, and other endangered turtle species, rescuing them from a variety of dangers. Your donation funds a week's salary and expenses for a sea turtle ranger patrolling the beaches along the Bay of Bengal.