A Florida man is fighting to keep his best friend – a pet alligator – at home with him.

David Van Buren, a resident of Coconut Grove, has had Gwendolyn the alligator for 47 years, converting his backyard pool into a home for the creature. Now, the Florida Fish and Wildlife Commission is trying to relocate the gator, arguing that the animal’s current backyard habitat may not provide enough space or security.

Gwendolyn and his keeper met when Van Buren was just a boy of 9 years old. His family took the alligator in, allowing the reptile to live in their backyard swimming pool. Now, 47 years later, Van Buren is a retired firefighter, still living in his childhood home with Gwendolyn. Gwendolyn sometimes shares the interior of the home, lounging in the bath or on the couch. Van Buren even took Gwendolyn to college with him, and regularly feeds the creature snacks of packaged cookies and pizza. 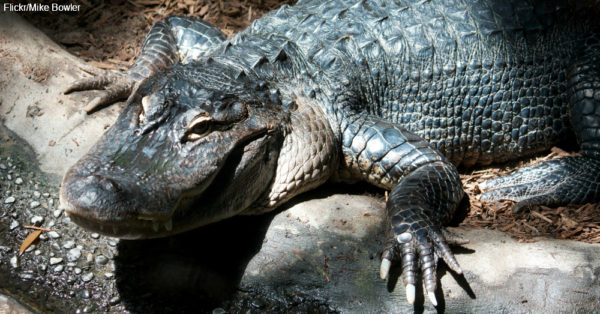 Despite their tight bond, Van Buren and Gwendolyn have to fight to stay together. The FWC is attempting to negotiate Gwendolyn’s relocation. According to FWC spokesman Lorenzo Veloz, while the alligator might have been fine in the pool decades ago, his current 13-foot length means his enclosure is just too small. 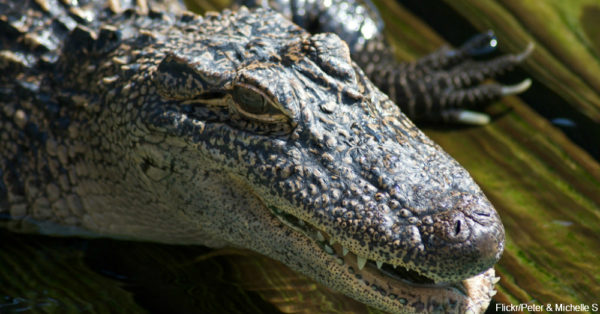 The FWC is eager to find a solution through which Gwendolyn can stay with his owner, as the gator has become so accustomed to living with Van Buren that separation might prove traumatic. However, to keep his pet, Van Buren must make some significant changes to his yard, including installing a sturdier fence enclosure. Van Buren has previously successfully fought for his right to keep Gwendolyn; in 1994, the state of Florida tried to take the gator away, but after a long court battle decided to return Gwendolyn to Van Buren’s custody.

It seems Gwendolyn isn’t the only Florida gator with a taste for human pastimes. Click the link below to learn more about a huge golf course gator.