House fires are a devastating event that cost too many people and pets their lives. The Bova family lost their home in a fire, but everyone made it out safely, thanks to the brave actions of the family dog and the quick thinking of one of the brothers.

Randy Bova was spending a peaceful Saturday at his home in Guilford, Connecticut, when the fire started. Although he shares the home with his brother, Robert, and his mother, Lucy, only he and the family dog, Bailey, were at home. Randy was listening to music while he cleaned his room, unaware of the fire that had started on the other side of the house. 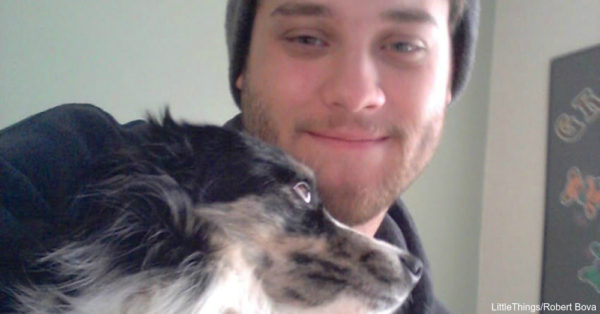 Fortunately, Bailey came to the rescue. She ran to his room and began barking frantically outside his closed door, and then ran back downstairs when he opened it. When Randy went downstairs to see why she was so upset, he discovered that the lower level of the home was quickly filling with smoke. He started to head outside when he noticed that Bailey had run back into her kennel in fear. Randy quickly pulled the terrified dog out of the kennel and rushed her to safety. 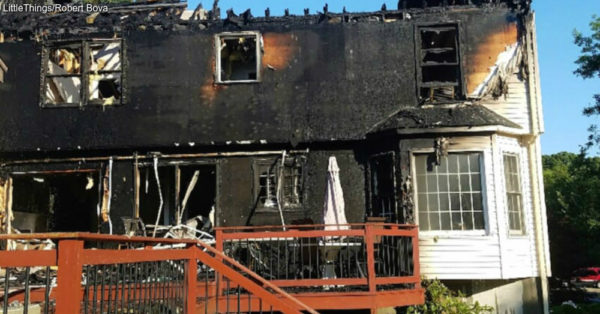 Although the family’s home was completely destroyed, Bailey’s sharp senses helped Randy make it out safely. He repaid the favor by keeping track of her during the evacuation and making sure she stayed safe as well. The family, including their heroic dog, are staying in a hotel as of July 2016 and running a GoFundMe campaign to help them get back on their feet. And while pets do start about 1,000 house fires every year in the United States, Bailey is in the clear. Authorities haven’t officially determined the cause of the fire, but they believe it was started by a weed whacker that was left plugged in. Bailey and Randy saved each other’s lives, and thankfully, everyone was unharmed in this case. When animals sustain more serious injuries, firefighters can come to the rescue with this medical gear designed for pets.