What A Lucky Dog: Puppy Survives Massive Explosion In China

A tiny puppy has become a beacon of hope for the people of Tianjin, China, after surviving a devastating series of explosions. The tragic disaster killed at least 123 people and injured 700 others, overwhelming China in a sea of tragic news and painful imagery.

In the confusion, this tiny dog has become a cheerful reminder of the tenacity of spirit shared by dogs and humans alike. 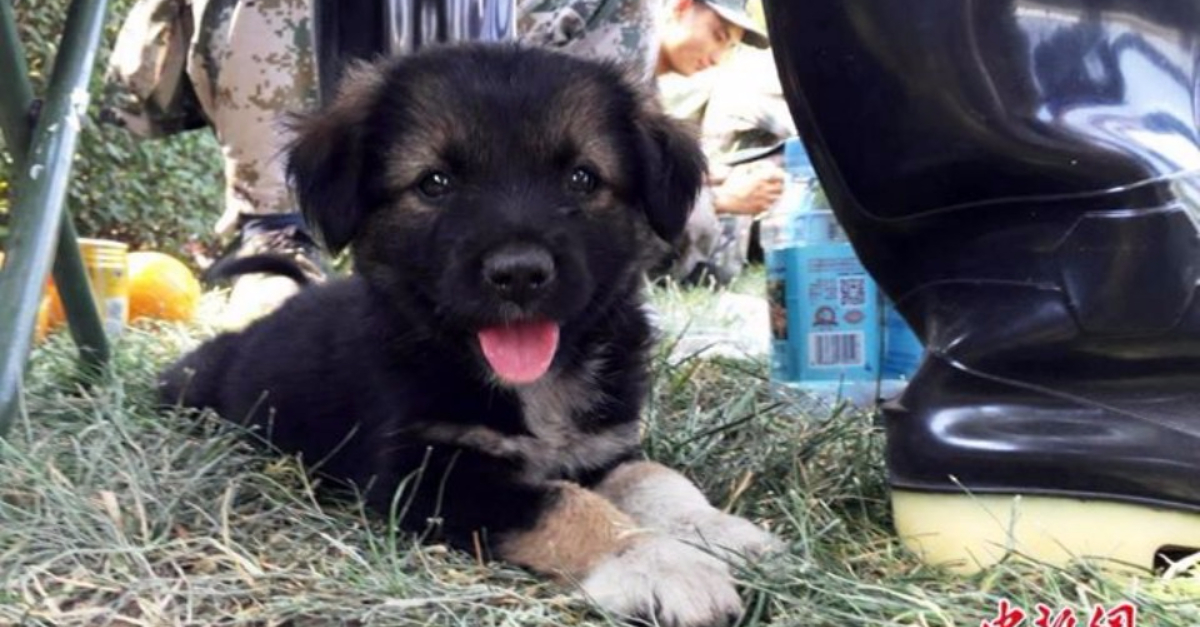 Now named “Shenghua,” he forged an immediate attachment to his rescuers, staying steadfastly at their side as they worked in the scorched hot zone. Anyone who has spent time in the company of a dog knows first-hand just how fiercely loyal they can be. Shenghua exemplifies why we consider dogs to be our best friends!

Although his rescuers, members of a chemical spill treatment and recovery team, aren’t sure whether Shenghua entered the blast zone before or after the explosions, his survival is truly a miracle.

The blasts that rocked Tianjin did enough damage to create a deep crater in the ground of the original site. They also ignited extensive fires and caused many additional explosions. 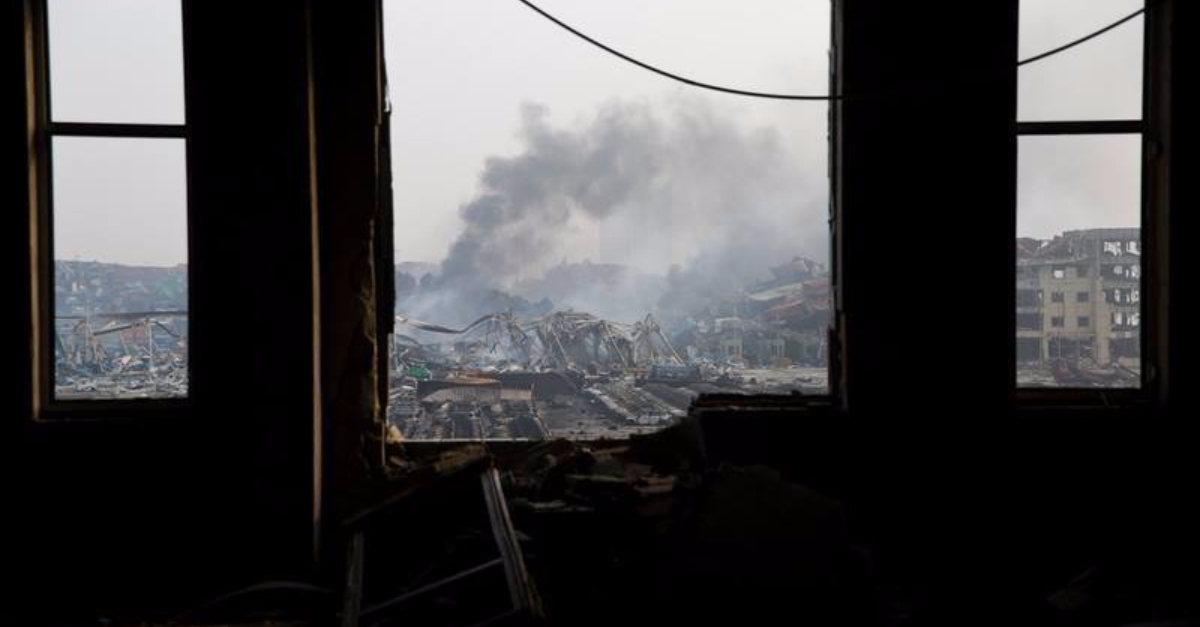 Little Shenghua, barely six months old, had to dodge both, while searching for food and clean water in an effort to survive.

A Symbol of Hope in Desperate Times

After the explosions, with the death toll rapidly climbing, finding this little stray was symbolic of just how quickly Chinese citizens and rescue professionals came together for the greater good. This tiny dog was a survivor, even though the odds were stacked well against him. Despite fire, loud noises, and danger at every turn, he managed to stay strong and hold on. 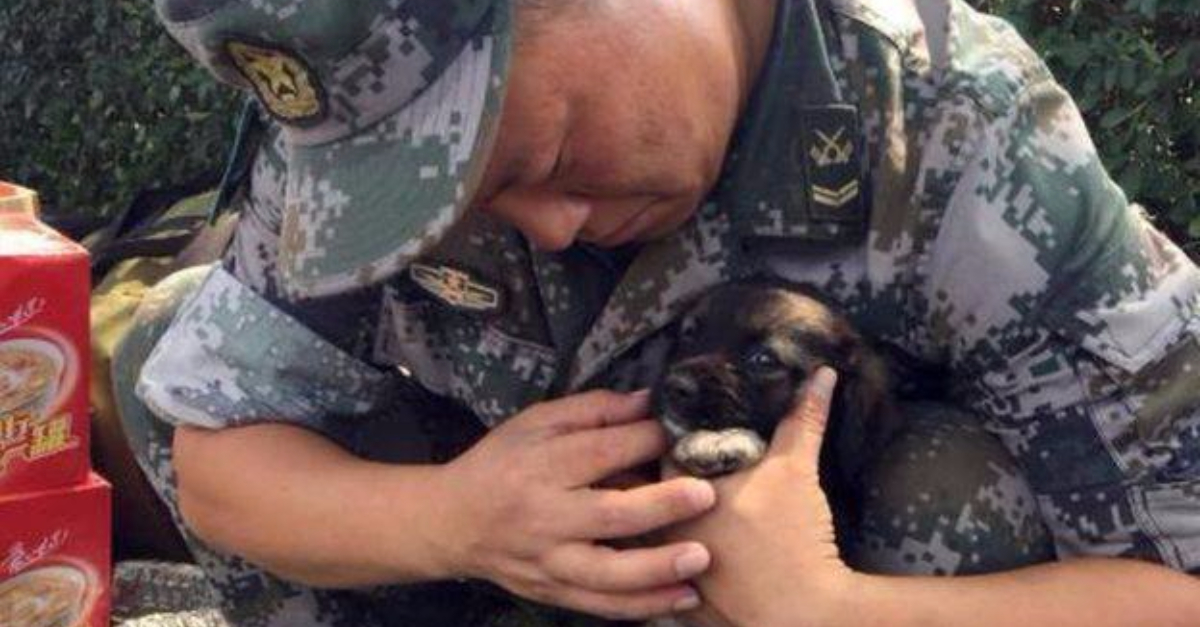 The Power of Kindness and Doggy Loyalty

For the rescuers, who were working tirelessly with very little sleep, food, or hope, this puppy’s refusal to give up or give in reinvigorated their efforts. His naturally joyful, happy personality and unwavering loyalty is a testament to the power of determination and kindness.

As of August 17, 2015, Shenghua was still by his rescuers’ side; a constant beacon of hope, positive energy, and light amid the chaos.

Shenghua’s story teaches us the uncompromising value of all life. He is an example of how even the smallest of beings can have a positive impact on thousands of people around the world. This tiny dog exemplifies why rescue efforts and humanitarian relief are so critically important to saving lives. Spread the inspiring news — this puppy is a survivor!