Batty the bulldog got a bad start in life and wound up dumped at an animal shelter when he was just five months old. This blind pup got a new lease on life thanks to dedicated volunteers and a family who already own a blind dog.When Batty’s previous owners brought him to the Sacramento Society for the Prevention of Cruelty to Animals, he was in poor shape. The puppy was covered in feces and abscesses, and it was apparent he was blind. Once the SPCA staff cleaned him up and had him examined by a veterinarian, it turned out the blindness was not caused by neglect. Instead, it is a congenital problem that is likely the result of irresponsible breeding practices. Fortunately, it doesn’t cause him any pain. 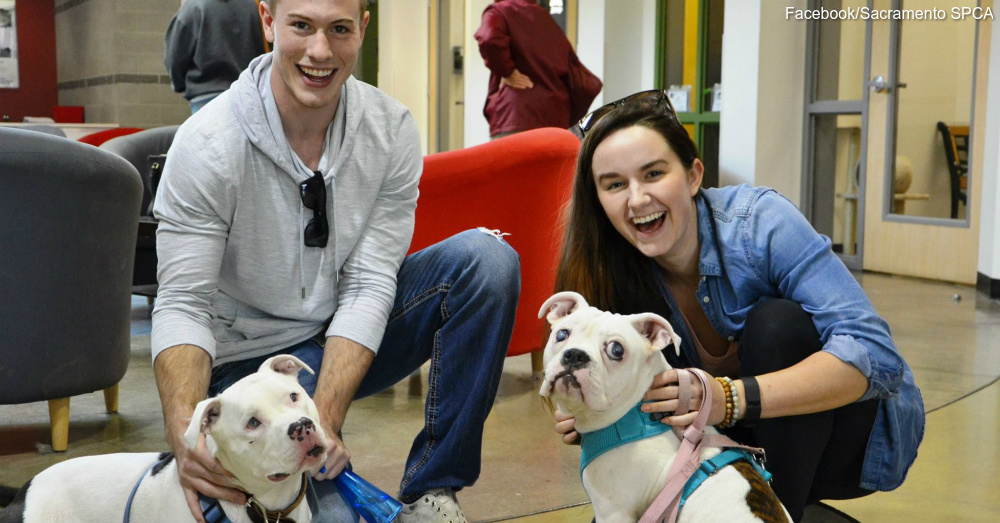 Staff and volunteers quickly set about rehabilitating him, and Batty responded happily. He learned to walk on a leash, live with a caring foster family and even got a special “halo” to help him stop bumping into things, although the rambunctious puppy was initially convinced it was a chew toy. When he was ready for adoption, the applications flooded in.

The very first one that arrived was from a family who seemed perfect. Cassidy and Brett Kraus fell in love with Batty, and they already owned a blind dog so they understood his special needs. Their other dog, Sotiras, even resembles Batty so they would have an almost matching pair. Unfortunately, they were located all the way in Wisconsin. 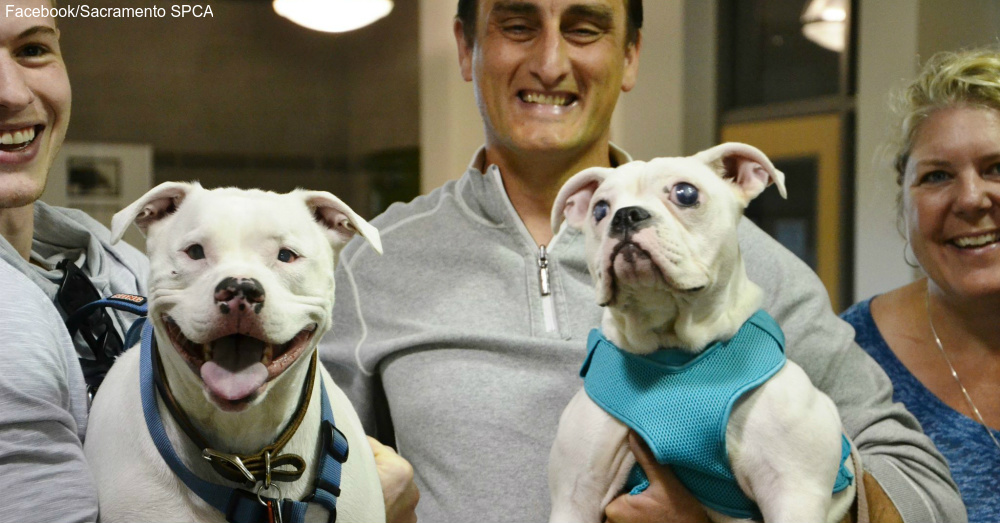 Cassidy and Brett never hesitated; they loaded up Sotiras and drove to California as soon as their application was approved. After spending the day meeting and interacting with Batty, everyone was certain it was a perfect match. Batty hopped in the car with them and headed to Wisconsin, where he gets to start a new life in a loving home.Batty may have some special needs due to his lack of sight, but his story proves there is a good home out there for any dog.