A happy day out on the water quickly turned into a nightmare for one man when his beloved dog went missing from the boat. Fortunately for the little pup, an amazing rescue occurred thanks to good luck and good safety gear.Joey Myrick and his Jack Russell Terrier, Jagermeister, were having a relaxing day at sea when Myrick had to check something in the bilge for a moment. When he came back, Jagermeister was gone. Myrick began searching the water immediately but was unable to locate the small dog in the choppy water, and eventually he gave up hope. He notified the Coast Guard and headed back to Hernando Beach, Florida, to begin putting up missing fliers in the hope that Jagermeister had somehow made it to shore and someone found him. 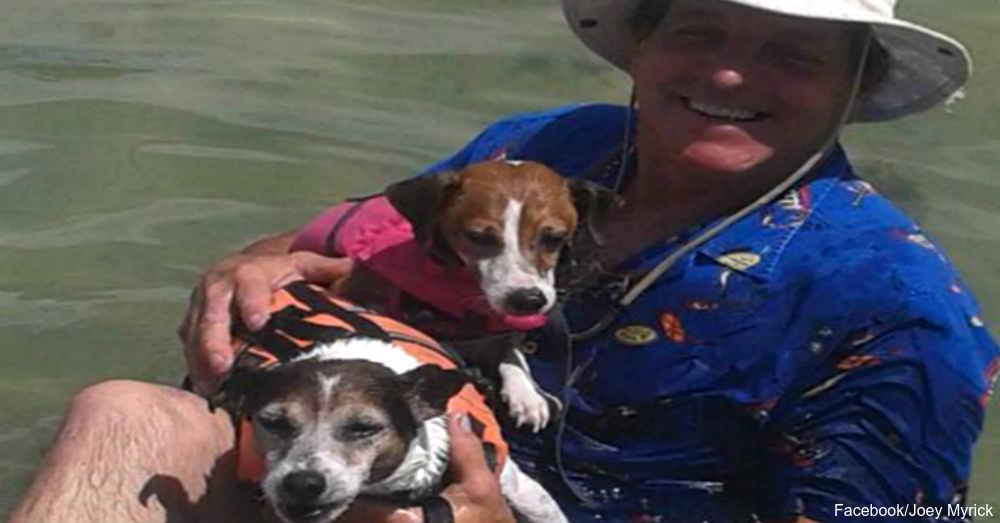 Three hours after Jagermeister went overboard, two couples were having a birthday celebration on their own boat when one member of the party spotted something bobbing in the water. At first, they thought it was a buoy, but closer investigation revealed Jagermeister's nose sticking up through the waves. The tenacious pooch was still swimming and headed over to the boat, where his rescuers were able to lift him out of the water They called the Coast Guard, which informed them about Myrick's loss. Jagermeister had traveled about 14 miles during the three hours he was in the water. 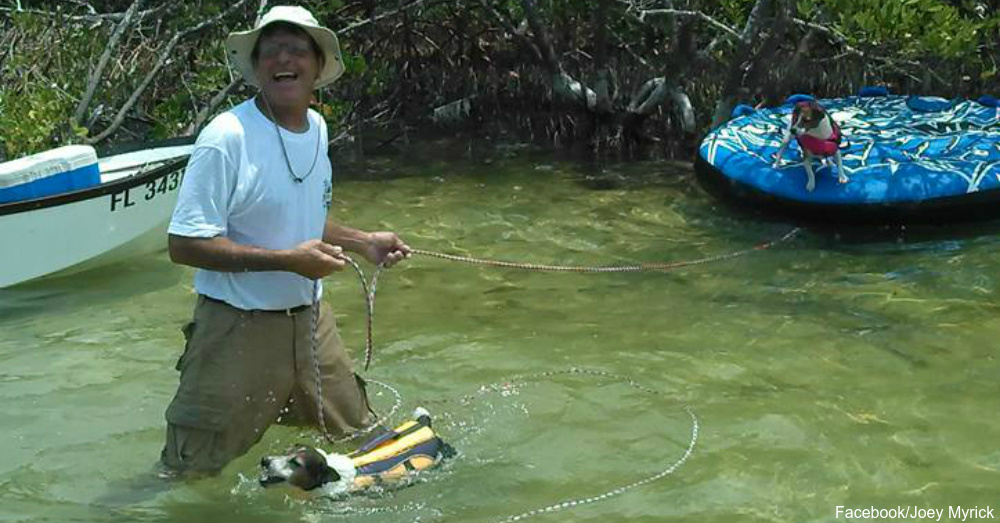 Myrick was overjoyed to be reunited with Jagermeister. The miraculous rescue was largely possible due to Myrick's decision to outfit Jagermeister with his own canine life vest, which kept him afloat when he probably would have been too exhausted to swim on his own. The bright orange color of the vest is also what allowed Jagermeister's rescuers to spot him in the choppy water, and the handle on the back of the vest helped them safely and easily lift him out of the water.Jagermeister's ordeal had a happy ending thanks to his owner's safety precautions and the eagle eyes of some good Samaritans. If Jagermeister's rescue touched your heart, learn about another amazing animal rescue here.