A little lamb was the last thing one couple expected to see while driving down a road in Victoria, Australia. They stopped, wondering why this lamb was all alone in the middle of nowhere without any family or farms in sight. When they picked her up, they realized something was very wrong, and they had to act quickly to save this poor creature’s life. According to The Dodo, the lamb who would later be known as Elma still had an umbilical cord attached and amniotic fluid all over, indicating that she had only been alive for a few hours. The couple took her to a veterinarian, but there was a serious problem. Elma hadn’t received colostrum from her mother during the 24 hours after birth, which is necessary for building a young lamb’s immune system. She also had an infection, scours, which is often fatal. 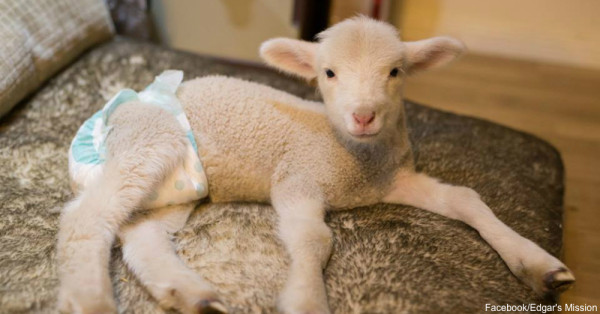 The couple wasn’t going to give up on little Elma, so they called Pam Ahern at Edgar’s Mission Farm Sanctuary, who said she’d do whatever she could for the lamb. The staff at the mission injected Elma with antibiotics to build up her immune system, and slowly but surely, she recovered. Not only that, Elma has also gotten very fond of her human companions, as she stays near them and even sleeps next to Ahern’s bed at night. 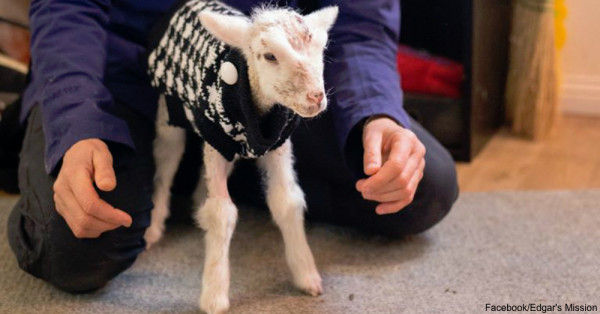 The staff treat Elma like a queen, bottle feeding her and dressing her up in outfits, like little sweaters. One Green Planet reports that Elma has also made friends with the other animals on the farm, taking a particular liking to a cat named Lilo. If it wasn’t for a kind couple going above and beyond to save Elma, she probably wouldn’t have made it, but now she’s thriving at Edgar’s Mission. We loved Elma’s story, but this one touched us too, and most importantly, it features more lambs in adorable sweaters.