Their names are Prim, Rue, Katniss, Alex and Theo, after characters in The Hunger Games novels. These five kittens at the Oklahoma Humane Society were born without eyelids and require medical treatment. The staff chose those names because like those characters, these kittens have also gone through difficulties at a very young age. Fortunately, through the Rita’s Angels Fund that the organization created, each kitten should be able to get the necessary help. Dr. Jeff Studer, a veterinarian who specializes in eyes, told KFOR that the kittens have an uncommon disorder. Since they don’t have eyelids, hair that would be separate from the skin rubs on the kittens’ corneas, causing damage. 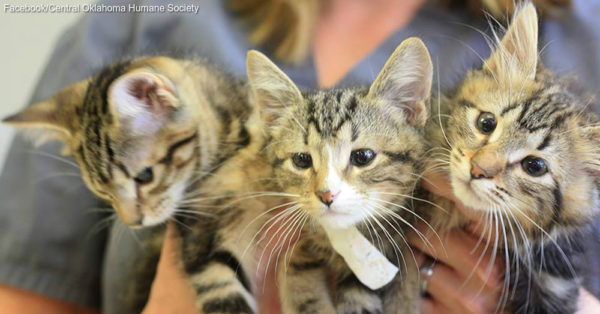 To help animals in need get medical treatment, the Oklahoma Humane Society started the Rita’s Angel Fund, which is named after founding board member Rita Hoch. The fund helps thousands of animals every year, such as Boo, a dog who had parvo and a broken leg when the organization found her. After the fund raised money for her medical bills, Boo recovered, and a loving family ended up adopting her.

The fund also helped Deuce, a cat who was missing his back legs. Deuce’s remarkable story got international attention, and with the proper care, he learned how to adapt to his condition.

According to Oklahoma’s Own News 9, the story of these five precious kittens touched many people’s hearts, and donations came in from across the world. There was even a donation from Japan. The next step is surgery for each kitten. 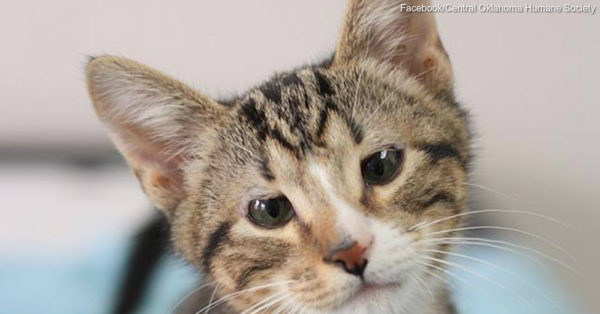 After they recover, the Humane Society plans to find them all owners who can give them extra care. Thanks to the Oklahoma Humane Society and everyone who donated, these five adorable animals can get medical treatments to save their eyes. It’s amazing to see so many people step up to help animals in need. Check out another heartwarming story of a kitten that beat the odds.