A mother cat proved felines are good at sneaking into tight spaces when she stashed two baby kittens in an Arizona Wal-Mart. A rescue team had to think creatively to retrieve the cold, hungry kittens from beneath a refrigerated unit. After being cared for by the Arizona Humane Society for weeks, both kittens have found new homes with Phoenix families. The saga of the Wal-Mart kittens began when employees spotted a stray cat roaming the store. The Humane Society tracked her down and found her an adoptive family, but a few days later, customers heard soft mewing under a sandwich display case. To the manager’s surprise, the mother cat had hidden two newborn kittens in the cramped space. 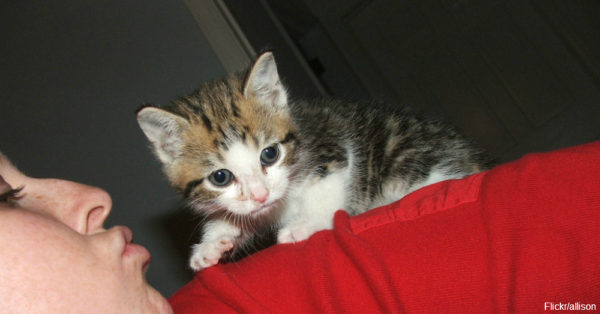 The mother cat tucked away her kittens so well that they were difficult to see from outside the case. The manager contacted the Humane Society’s emergency medical team, who used a long snake camera to find the kittens’ exact location, according to AOL News. They were tightly wedged inside a pipe, and technicians Jujului Kuita and Ruthie Jesus knew the scared young kittens couldn’t survive much longer. 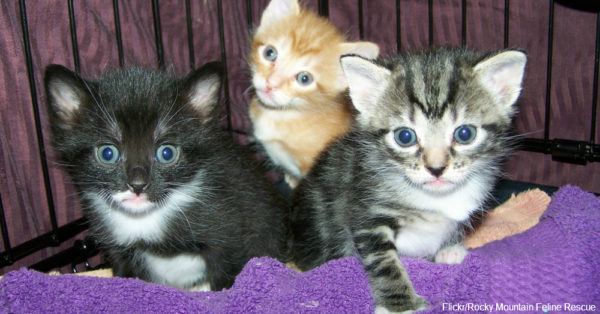 Kuita said the kittens were trapped in the tightest spot she had ever seen. The technicians disassembled the display case, and they had the clever idea to use ladles from the store to scoop the kittens out of the pipe. Finally, they were able to use a noose attached to a pole to free the kittens from the refrigerated case.

Now named Grace and Houdini, the newborn kittens were too young to be put up for adoption right away, so they spent 12 weeks growing healthy and strong in a foster home. Once Grace and Houdini were ready for adoption, it didn’t take long for loving families to welcome them into their homes. Emergency rescue teams amaze us with their quick action and passionate devotion to animals in need. Read about Alpha, a lucky cat in the United Kingdom who was also rescued after heroic efforts.