Police face many of the same dangers that officers do every day, but unfortunately, the cost of protective vests for dogs is too high for many police departments to afford them. Vested Interest in K9s aims to change by raising money through private and corporate donations. One of the police dogs who benefited from the organization most recently was Deuce, a two-year old Belgian Malinois. Thanks to Vested Interest in K9s, Deuce got his very own vest, and it even includes a tribute to a fallen officer. Vested Interest in K9s provides vests that have five-year warranties and price tags that typically run between $1,795 and $2,234. The vests protect dogs from gunshots and blades, making their lives in the line of duty much safer. 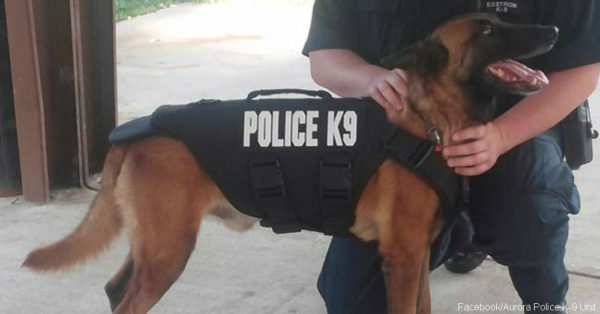 Since the organization gets an exclusive rate on the vests, a donation of $1,050 is enough to buy one vest. Vested Interest in K9s has protected quite a few police dogs, giving out over 1,900 vests in 49 states, with a $1.7 million total value. According to The Denver Post, Deuce got a vest because of donations raised by Erick Bumpass, who lives in Aurora, Colorado. The vest’s embroidery says “Bless this K9 in memory of Officer Doug Byrne.” Byrne was an officer with the Aurora Police Department who tragically died in the line of duty. He was racing to the scene of a medical emergency in 2007 when he crashed his cruiser. 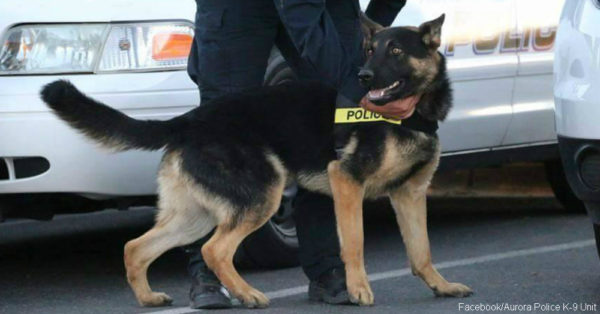 Putting a tribute to Officer Byrne on a K9 vest is a great way to honor the officer, and Deuce is certainly worthy of carrying the message. 9 News reports that the brave dog was taking down suspects from the very beginning, and his first bust even earned him a Facebook post from the Aurora Police Department K9 Unit.It’s great that organizations like Vested Interest in K9s are out there to support police dogs. Ready to see another awesome police dog like Deuce? Meet this very special K-9.