You can often find him at the True Value hardware store in Crested Butte, Colorado, resting by the cash register or sitting in a chair surveying the business. No, it’s not your friendly neighborhood store owner — it’s Jingles El Gato Perro, or Jingles the Cat-Dog, a local feline celebrity in a small Colorado town. 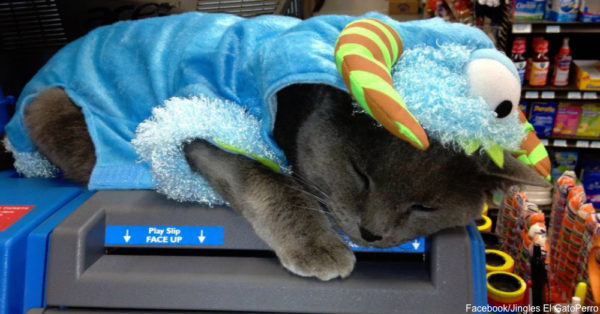 Jingles’ rise to fame began around 2008, when he was still known as Bodhi to his original owners. He decided to enter the True Value hardware store through a vent and then began planning his run for local mayor. The store owners instantly took to this lovable feline, offering Jingles tasty tuna, so he decided to stay around. He has numerous spots in the store that he stays in throughout the day, such as the store counter with the lottery machine or high up in the store shelves when it’s time to rest. Over time, the town’s residents warmed up to him, and when the children from Crested Butte Academy nicknamed him Jingles, his transformation into local star began.

Jingles started campaigning across the city, making random stops at the local bike shop and taking the stage at the Center for the Arts. In the warmer months of the year, El Gato Perro demonstrates the value of hard work by getting rid of mice and other varmints around the hardware store. 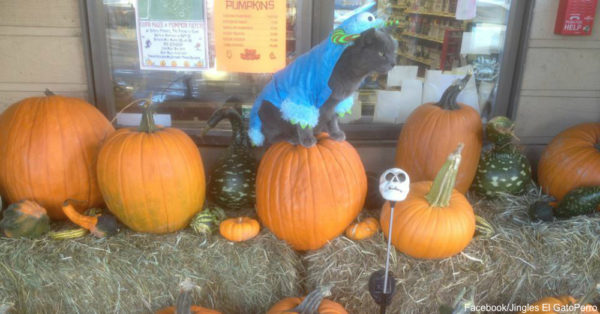 After years of hard work, his persistence paid off when the city decided to make his birthday, Cinco de Mayo, a local holiday complete with an outdoor parade with great food and live music. As his fame grew, many people from bordering towns and even other states began to make a short trip to this small town to meet this local celebrity in person. 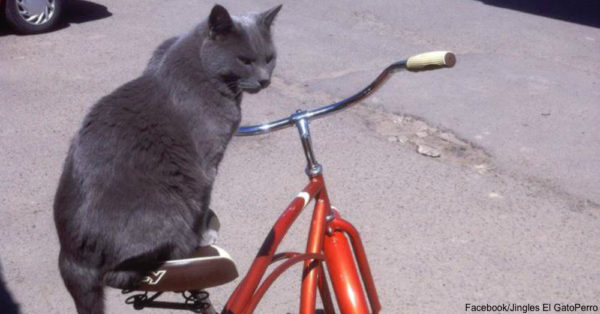 Jingles el Gato Perro continues to oversee his small town, putting smiles across the faces of the townspeople each year during his birthday celebration. While Jingles may be the unofficial mayor of Crested Butte, there are many other animals across the country that are holding honorary local office positions. See some of these cute animal politicians here.