While working as a government contractor in Iraq, veteran Brad VanCleave made a friend who he named Mr. Meowgi. Yes, Mr. Meowgi was a cat, who was unfortunately abandoned by his mother. When VanCleave returned to the United States, he worried that Mr. Meowgi might not be able to survive on his own. Fortunately, he didn’t have to, as two organizations teamed up to reunite VanCleave and his feline friend. 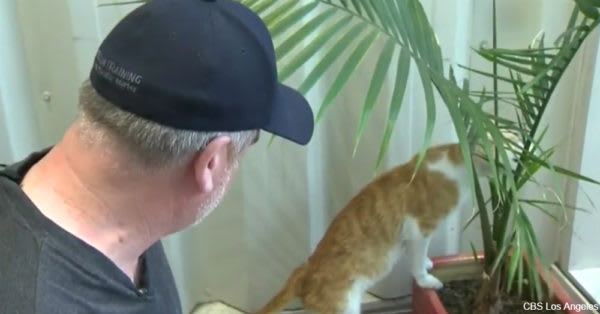 According to CBS Los Angeles, VanCleave met the kitten while working at Baghdad International Airport. He and his coworkers started feeding the kitten every day. VanCleave and the kitten grew attached to one another from their first meeting in July 2015 to VanCleave’s departure. He was sad to go and knew that leaving the kitten wasn’t an option.

That’s where the Society for the Prevention of Cruelty for Animals International and Operation Baghdad: Pups stepped in to help. Inside Edition reports that the two organizations worked together to help Mr. Meowgi take an international trip. The cat left Baghdad on March 27, 2016. His next stop was Erbil, Iraq, followed by Frankfurt, Germany. He arrived in the United States on a flight to New York and then took another flight to Los Angeles, where VanCleave was there to greet him. 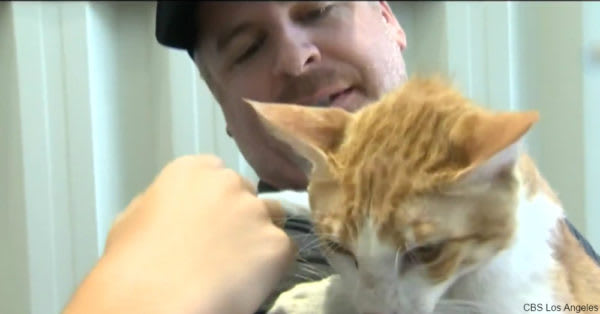 VanCleave could tell right away that Mr. Meowgi had lost some weight, but that’s nothing a few good meals can’t fix. From Los Angeles International Airport, all that was left was a drive out to VanCleave’s home in Murrieta. Mr. Meowgi’s new family includes kids, a cat and a dog, and VanCleave is sure they’re all going to accept this friendly feline with open arms. 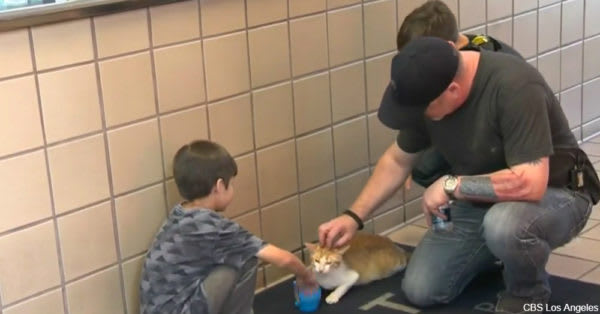 VanCleave and Mr. Meowgi have a touching story capped off by an unforgettable reunion. For more animals traveling long distance to be reunited with someone, meet Crystal, another world traveled rescue.