A tourist spending some time in Southern California got quite the surprise when she looked over at the Los Angeles River and saw a huge dog by the water. That dog was Tinkerbell, a 10-year-old Mastiff with a cute name and, unfortunately, a broken leg. Luckily for Tinkerbell, the woman who found her called Hope for Paws, a dog rescue organization, and they immediately took action. How did Tinkerbell end up in the L.A. River? It’s a sad story, but it has an important lesson. According to Dog Time, Tinkerbell is part of a family from Arizona who decided to spend their July 4th holiday in Los Angeles. 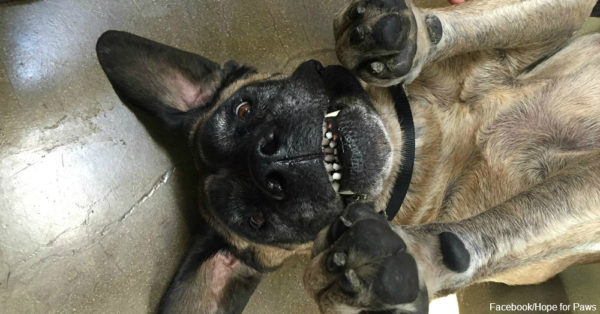 The kids were shooting off fireworks on July 3, which scared Tinkerbell. She took off, and not just down the street. No, Tinkerbell made it 25 miles before she was found at the river.

When rescuers from Hope for Paws arrived, Tinkerbell ran away and made it to the edge of the ocean, before thinking better of it. Then, she turned around and charged the rescuers. The Dodo reports that they were able to contain her with a snare and calm her down. Once that happened, she was very sweet with them and clearly appreciated their help. 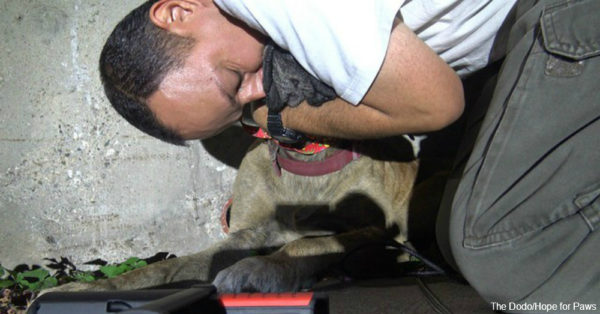 Learn more
Getting Tinkerbell out of the river would have been difficult, but the fire department came to lend a hand. They helped lift her up in a cage, and then Hope for Paws took her to the vet. Her leg was broken, and she was dehydrated, but Tinkerbell was in good spirits. To see the awesome rescue yourself, just check out this Flickr album. 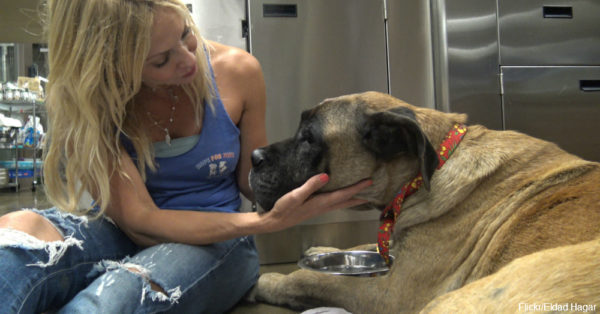 There was also more good news for Tinkerbell: she has a microchip, so her rescuers were able to get in touch with her family. Once she heals enough to travel, her family is coming to pick her up and take her home.Tinkerbell had a rough time, but it’s great that she’s being reunited with her family. They’re probably going to be singing “reunited, and it feels so good” the whole car ride home. For another heartwarming rescue story, check out how one man helped an injured fawn.