In India, specially trained K-9 forces play a big role in keeping the country safe. According to intelligence reports, the heavy presence of K-9 units at public festivals and other large gatherings has caused terrorists to abandon attack plans. India Live Today reports that over the past two years, the canines have deterred at least 16 terrorist attacks, including an intended incident during President Barack Obama’s Republic Day visit in 2015. Due to the success of the K-9 squads, the Prime Minister’s personal security team has doubled the size of its dog unit. Along with a rigorous program that teaches the dogs to sniff out improvised explosive devices, the Indian K-9s are trained to participate in reconnaissance patrols and assault actions. Training begins when the pups are four months old and lasts for 24 months. By the time the dogs are fully trained, they are able to detect the presence of explosives, even if a person has merely touched an explosive agent. 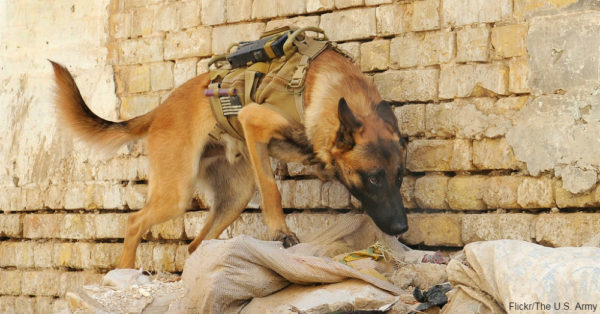 According to The India Express, Rocket, a brave Belgian Malinois in India’s National Security Guard, was recommended for a military award for gallantry in 2016. During an attack at the Pathankot airbase, Rocket went into a burning building to retrieve intelligence that confirmed the presence of a terrorist. Rocket suffered burns to his paw during the operation but has since recovered. 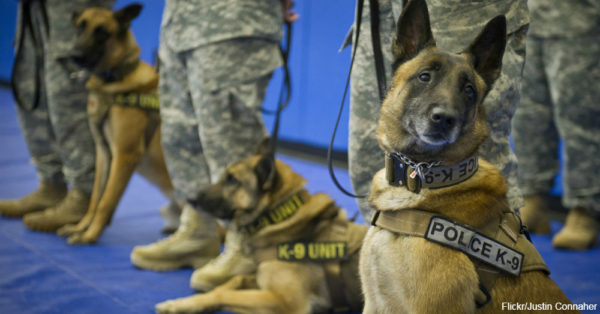 DNA India reports that Belgian Malinois dogs make outstanding special forces dogs due to their exceptional intelligence and high energy levels. The speed and strong bite of these working dogs can also be great tools in taking down terrorists. In India, K-9 units have become an integral part of the elite forces fighting terrorism. Dogs are also valued members of police and military units in the United States. Meet these U.S. Coast Guard dogs that work hard to inspect incoming cargo.