Humans lead the pack in the animal kingdom in terms of distinct facial expressions, while chimpanzees also display a variety of facial movements. Dog owners can attest to the emotional expressions of canines, but a study in Great Britain notes that one animal in particular has more facial expressions than previously thought.Horses Smile, Raise Inner Eyebrows

Horses have 17 separate facial expressions, as determined by a scientific program called Facial Action Coding Systems, the second-most of any animals studied to date. By comparison, humans have 27, chimps have 13 and dogs have 16. Surprisingly, horses and humans actually make similar facial gestures, including smiling and raising eyebrows, according to Time. 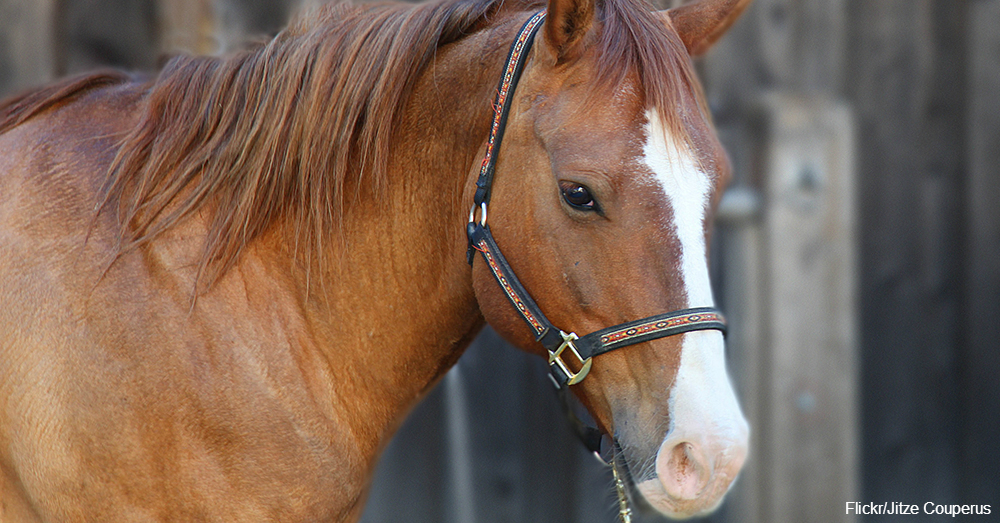 How Horses Do It

Horses raise their lips to expose teeth in a smile-like gesture. They also raise their inner eyebrows to make a horse's eyes appear bigger, in a “puppy-dog eyes” expression. Horses combine many elements on their upper faces, such as eyes and ears, to create facial expressions near the eyes, notes PLOS One. Muscles can twitch the ears and open the eyes wide enough to show the whites of their eyes. Horses don't have whites around the front parts of their eyes, but they do in the back. When a horse shows the whites in its eyes, that may indicate fear, in a manner similar to humans and other animals.

Another expression similar to humans is the upper lip curl that exposes the upper teeth. This movement also curls the nostrils in horses, much like it does in humans. In terms of an emotional expression, humans use this to show disdain. Horses have different levels of upper lip curls that may be either minor and quick, or major and longer in duration.

This video shows several facial expressions of horses. One of the first is when this huge animal looks behind as it's being groomed. Another expression is a yawn, which may indicate pain or confusion. A horse may nuzzle a brush with its nose and mouth to explore it, and some horse handlers allow horses to see and sense horse tack before the owner puts anything on the animal's back. In theory, this makes the horse more comfortable with any tools and equipment. Facial expressions in horses do more than just serve as sensory devices to explore the physical world around the animals. 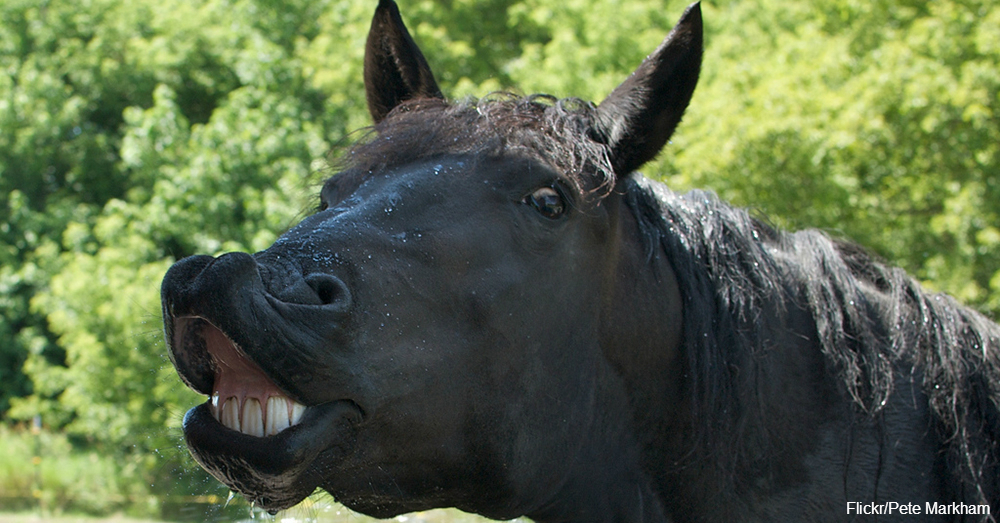 Why Horses Have Facial Expressions

Scientists already know that horses have complex social structures within a herd and among equine relatives. Discovery News states facial expressions help horses communicate with each other more effectively. As such, if humans can tie distinct facial expressions of a horse to a particular emotion within the animal's brain, reading their face can lead to a better understanding of horses in general.Horses and humans already understand each other to some extent, as they work closely together on ranches and farms. Notice how this horse feels after passing gas, similar to the way humans do after getting some intestinal relief.