When passing the homeless, people might wonder whether pets are extravagances that these individuals cannot afford. However, a new Canadian study shows that homeless young people who have pets tend to have lower levels of depression and avoid drug use more than those without canine or feline companions. The results of the study are similar to the findings of other research in the United States and Brazil, and they point out the value of pets as companions not only for the homeless, but also for other marginalized groups such as seniors.Pets provide multiple benefits for the homeless. They offer love and companionship for those who often feel isolated and rejected. They offer a focus for human interaction, as people who shy away from the homeless are sometimes drawn to and play with their pets. On streets that are often rife with theft and violence, dogs can protect homeless individuals and their possessions. The pets benefit as well; many of the dogs and cats of the homeless are abandoned strays that might perish without human care, and they long for the closeness and connection as much as humans do. 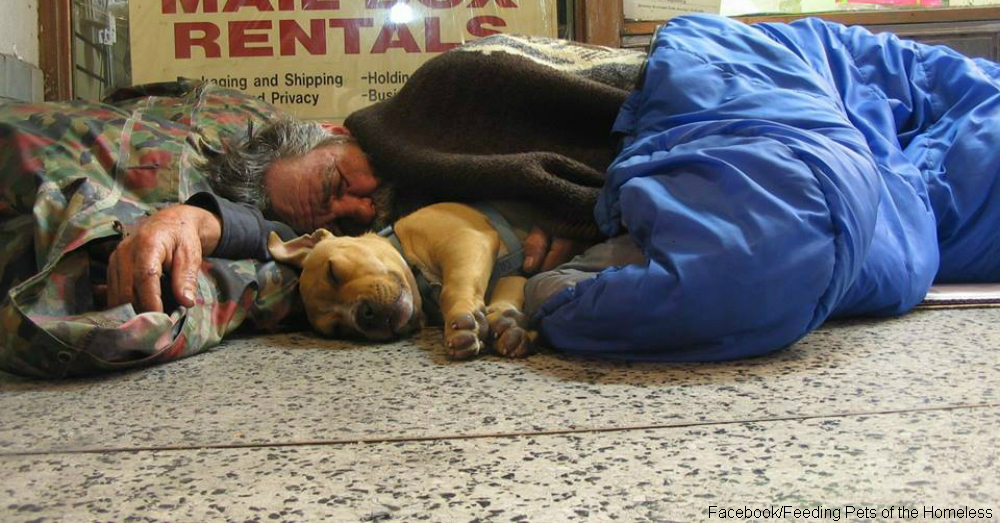 Homeless people often become so attached to their pets that they are willing to undergo considerable sacrifice to ensure that their companions are well cared for and well fed. This includes sharing scarce food and turning down opportunities for shelter and beds if their pets are not allowed inside. The studies point out that many emergency shelters do not admit pets and therefore cut off access to their services from some of those who need them most. They suggest that rather than attempt to deprive the homeless of the relationships they share with their pets, shelters and other facilities should recognize the importance of the animals and attempt to be more accommodating. Sometimes the homeless need assistance not only for themselves but for their pets, and the organization Pets for the Homeless specifically helps homeless people care for their animal companions.Pets offer companionship and an abundance of other emotional benefits to homeless people, seniors and others who need solace in difficult times. Watch this video about Lulu, a funeral therapy dog offering comfort to the bereaved.