The two pit bulls living in a Los Angeles truck yard may not have had a real home, but they had each other. However, the women who had been feeding them while they lived there had to move, so she called a local rescue group. Now, the group plans to find these two sweet dogs a permanent, loving home, and they hope to find one where both members of this couple can go together.According to The Dodo, the pit bulls, one male and one female, had been living in the truck yard for about 6 months. Fortunately for them, a woman who worked at the factory right next to the yard spotted them and started feeding them. Everything was going fine, until she had to relocate, so she put in a call to Hope for Paws. 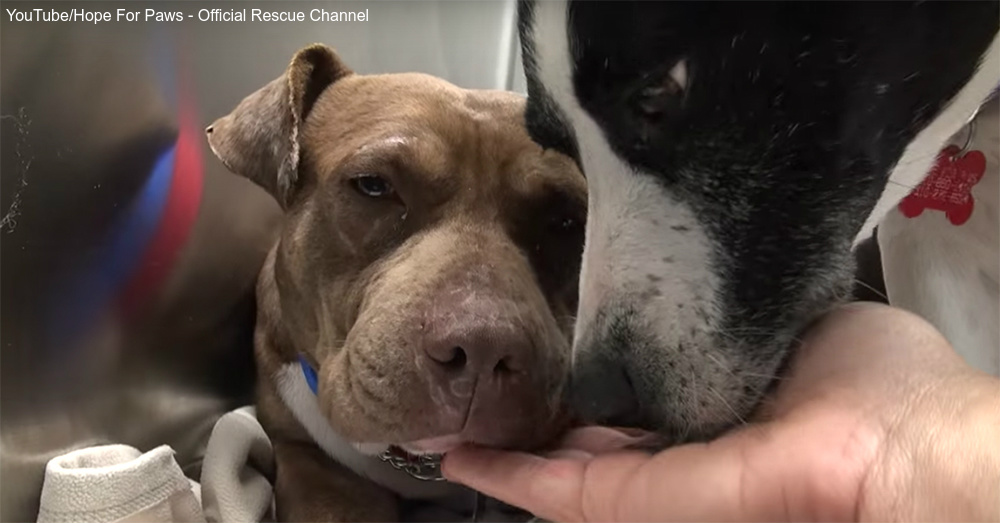 Getting hold of the dogs was no easy task. Just take a look at the video the rescuers filmed. They had to constantly move through tight areas and make sure they didn’t hit their heads on anything.

They got the male on a leash first, and he was clearly nervous. A few pets on the head helped calm him down. They were able to get the female on a leash next, and she was also terrified. However, bringing the two dogs together helped them both. 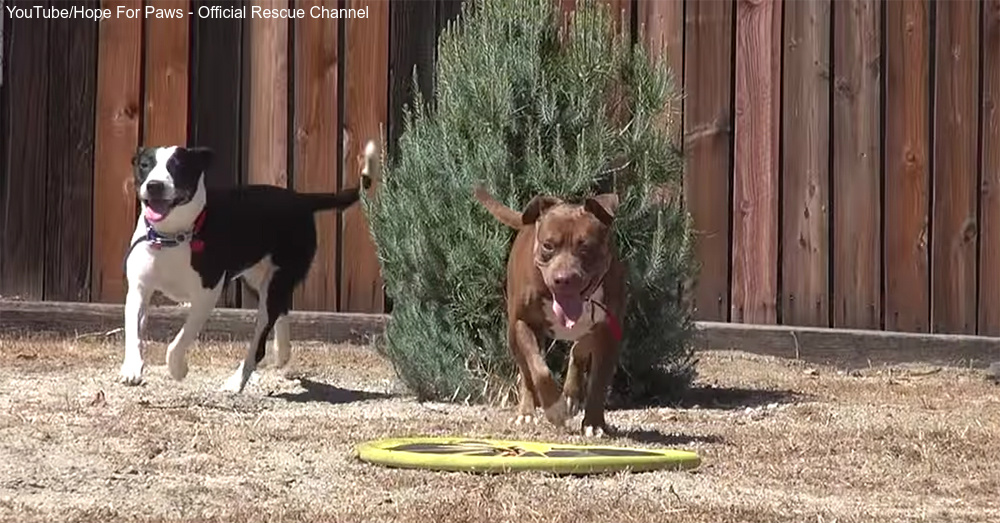 The rescuers decided to name the pair Lois and Clark, obviously in a nod to Superman and Lois Lane. To help the two dogs find a home, the rescue hired Diana Lundlin, who specializes in modern pet portraiture, to take some beautiful photos of the dogs. The two make quite the couple, and they clearly feel better when they’re with each other, which is why the rescue wants to find someone who can adopt them both.Lois and Clark are an amazing example of the bond that can develop between dogs. For more dog and cat cuteness, check out how this rescue dog paid it forward.