Pokemon Go has arrived, and users are locating more than just imaginary creatures while on their quests. The app, a virtual-reality based game that encourages users to get out, walk and explore their neighborhoods and communities while locating Pokemon creatures, has taken the world by storm. By exploring new realms, some users have spotted animals in need that might not have otherwise been discovered. 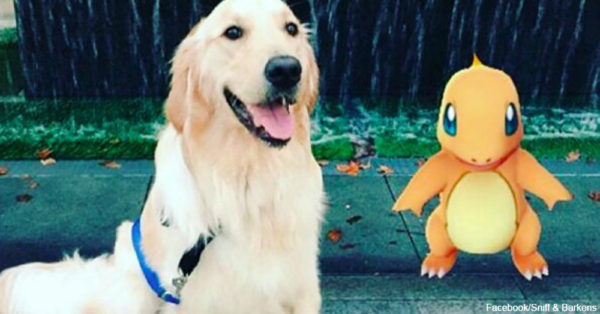 In Houston, Texas, gamers Sara Perez and Matthew Teague were out one afternoon looking for Pokemon in a local park when they found a small cage inside a cardboard box. After further investigation, the pair found 17 adult hamsters and 10 tiny babies located inside. Sadly, the hamsters had no water and only a small amount of birdseed for food. Being the only two in the park, Teague and Perez knew the hamsters had to have been abandoned. More than likely by someone who had become overwhelmed at the prospect of caring for so many pets. The two decided to take the hamsters home and foster them until they could pass them on to a rescue group.

Without the game to pull them that far from their homes, Perez and Teague probably would not have walked as far as they had, and the animals would have been left to perish in the hot Texas sun. Perez found homes for a few of the hamsters before contacting the Society for the Prevention of Cruelty to Animals for help. The SPCA intended to hold the hamsters for a few days before making them available to the public for adoption, to see if the owners showed up to reclaim them. What started out as a new way to catch and collect Pokemon creatures has turned into a major benefit for abandoned pets. To read more Pokemon Go success stories involving rescued animals, check out these stories of love and compassion of fellow gamers.