Carpe Diem, a ridiculously ugly-cute part-Chihuahua, was rescued from the streets of San Francisco and spent some time in a shelter. For some reason, he was having trouble finding a permanent home, so volunteer shutterbug Kelly Winquist was called in, says Huffington Post. The results were so deliciously goofy that his pictures not only went viral, but he was adopted tout de suite. In June 2016, a good Samaritan came into San Francisco Animal Care & Control with a tiny, jolly, mostly black puppy. The staff quickly named him Carpe Diem, which translates into “seize the day.” 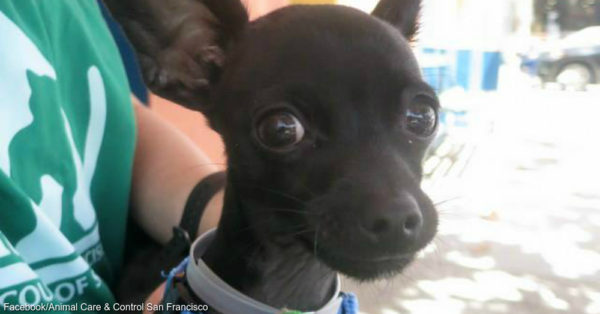 This funny looking little dog did not let his bug-eyes and bat-ears dampen his enthusiasm for life and quickly became a joy to everyone he met, says Bored Panda. Yet, this wasn’t translating into the pooch being adopted. So Carpe Diem dutifully posed for his close up — several of them as a matter of fact — and the photos were posted on Twitter under #MyWeirdDog. The retweets and “likes” arrived in an avalanche. 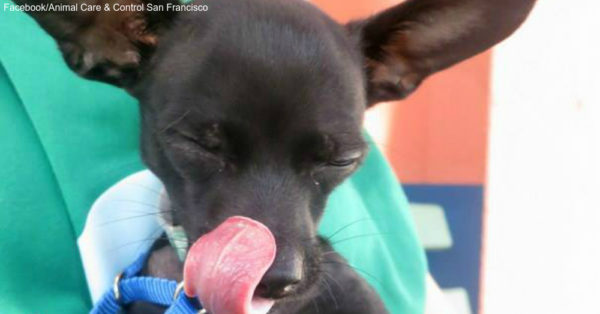 Barely constrained by a leash, the kinetic little mutt strikes several poses that express everything from frantic happiness to movie-star cool to something like Chihuahua-sized gravitas.

Carpe Diem isn’t the only animal whose photos SFACC places on social media. The practice is fairly common and sometimes lures interested parties from other cities to come and adopt a guest of the shelter, whether it be a cute kitten, a guinea pig, a rat, a bird or a crazy-looking Chihuahua mix. 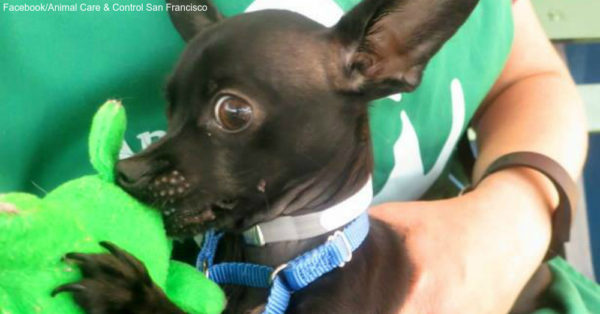 SFACC is an open-admission shelter founded in 1989, according to its website. It takes in both domestic and wild animals with the goal of either placing them in loving homes or returning them to the wild after rehabilitation. Carpe Diem now shares a home with his adopted family, including a brother named Jenkins. Whether Jenkins is four- or two-legged was not stated. Carpe Diem’s name has been changed, appropriately, to Turbo. Look here to see what life might look like in his new home.