As jockeys know, goats make excellent companion animals for horses. However, they don’t have the same reputation when it comes to offering companionship to a human, at least not in the same way that dogs are thought of as human companions. This might be about to change. 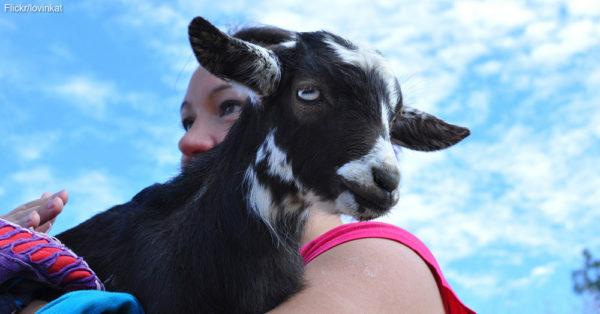 Observations and tests conducted by researchers in the United Kingdom discovered that goats are capable of giving their human companions pleading looks when they want help, very much like dogs or horses. A group of goats was given intelligence tests that are usually given to apes, such as opening a box to get a treat of irresistible dried pasta. The goats passed the test, unless the box couldn’t be opened. It was then that the researchers noticed the goats looking at their human testers beseechingly. Goats also gaze into the eyes of a human who gazes back at them and are good at following social cues. When a tester pointed to an area where a treat could be found, the goats seemed to understand what was being conveyed and trotted over to the area. 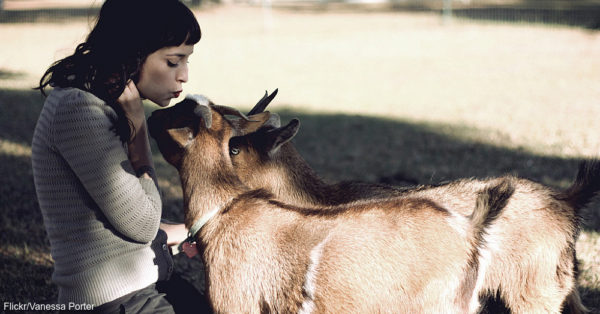 Some researchers have concluded that goats are at least as smart as dogs, and there are plenty of goat owners who agree. Despite their human-friendly intelligence and the evidence that goats were one of the first animals ever domesticated, these ungulates haven’t been bred to be pets. Instead, they’ve been bred for their meat, milk and hides. However, these studies may lead some people to believe that a goat would make a good pet, with one important caveat: goats need to be around other goats somewhat more than they need to be around humans. 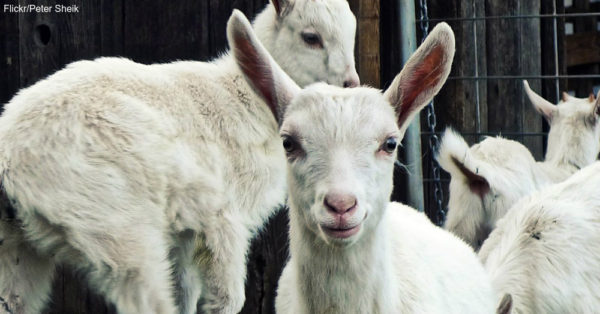 A prospective goat owner must be able to offer plenty of space and at least one additional goat to a pet goat happy. Even if they’re not kept as pets, knowing that goats are intelligent and can relate to humans might help others find kinder and gentler ways to raise them as livestock. Watch this too-cute video of a baby pygmy goat learning how to coordinate.