You never know when you are going to be called upon to save a life, as one sanitation worker found when he saved a litter of kittens he found in a dumpster. Whether they had been abandoned by a human owner or the mother cat had thought it a safe place to have her babies, the kittens’ tiny lives depended on the soft heart and quick thinking of William Grabill. When waste management worker Grabill went to work that day, he was surprised to hear a plaintive mewing coming from the dumpster of tar and wood pellets he was emptying. Imagine his surprise when he lifted away the wood pellets to find six newborn kittens huddled in a corner, crying. 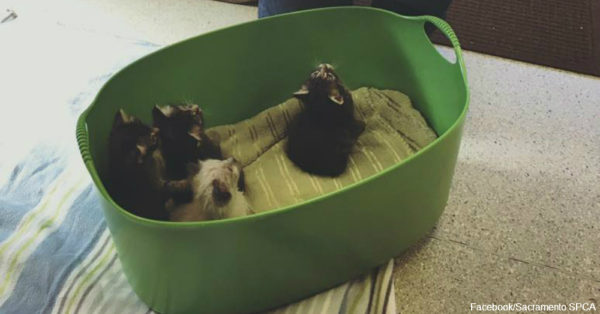 Although most animal care experts say that if you find “abandoned” kittens, you should first wait to see if the mama cat comes back for them, Grabill knew that the dumpster was not a safe place for them, so he and a coworker took the kittens to the Sacramento SPCA. The tiny babies were so new that their eyes were still closed and some even had the umbilical cord still attached. They were only 1 or 2 days old, but expert care from two staffers with experience in bottle feeding saved five of them. 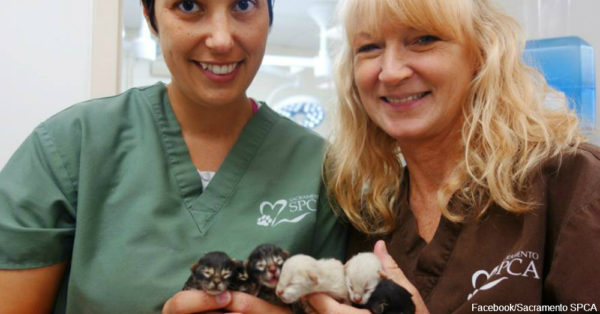 With their eyes open, the kitties are getting plenty of love in foster care where they’re expected to stay until they are old enough to be adopted at about 2 months. Grabill stopped by for a visit and was amazed at their progress. Then the shelter staff told him they had a surprise for him: one of the kittens had been named William, in his honor. 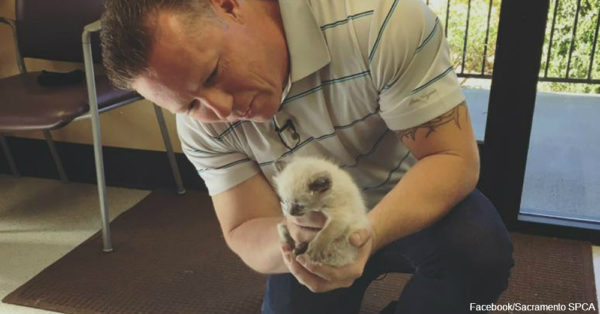 Thanks to Grabill and his coworker, these adorable kittens were given a chance at life. And thanks to the experienced, caring staff at the Sacramento SPCA, they are healthy and almost ready to take on the world. Animals should never be abandoned or thrown out like trash; check out the story of this this hairless dog found near a dumpster.