One lucky fox was saved from trouble by a group of compassionate humans. Volunteer firefighters in New Hope, Pennsylvania, rescued a local fox that got tangled in a soccer net. Video posted to Facebook showed members of the New Hope Eagle Volunteer Fire Company carefully cutting the fox loose. On the morning of July 11, 2016, local volunteer firefighters were alerted to the fox’s predicament. The animal was tangled in the strings of a soccer field net, and its head and neck were hopelessly bound. Volunteer firefighters and members of the Solebury Township Police and Medic 146, were on the scene in a hurry, ready to aid the helpless animal. 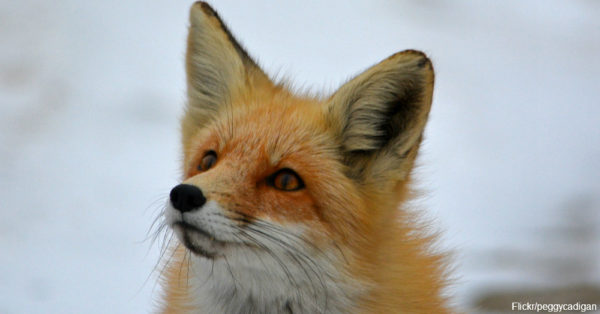 A team of rescuers helped to calm the animal by placing blankets over it and holding it in place to keep it from struggling. In the video, one firefighter is shown gently petting the fox’s nose as the animal appears relatively at ease. After a few moments and some precision work with a pair of clippers, the strings were loosened enough to allow the animal to wriggle free. 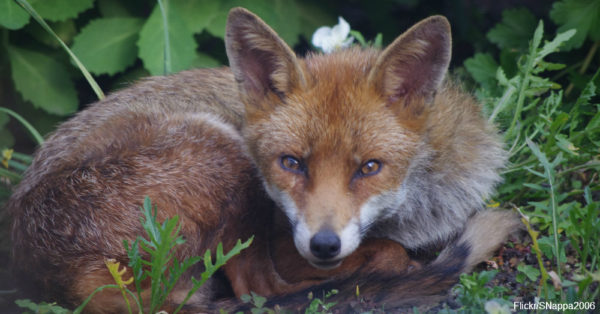 After being freed, the fox bounded off into the nearby woods. The Facebook post accompanying the video included the text “run wild, run free!” The rescue teams were undoubtedly proud and relieved that their efforts were a success. This fox rescue story has a happy conclusion—the fox was able to return to its habitat unscathed. Perhaps the fox had a family to return to, including some new baby foxes. If you love baby foxes and heartwarming videos, check out this clip of a tiny red fox cub playing with a toy bear. The video shows the progression of the animals growth over the course of 35 days—from a tiny, mouse-sized cub on day one, to nearly a full-sized fox on day 35.