Wee Wee the pig is quite the example of how quickly things can turn around. The poor little guy was on the side of the road about to freeze to death when a kind family picked him up and brought him home. He eventually ended up at an animal sanctuary among plenty of other farm animals, and now, as a “public figure,” Wee Wee has his own Facebook page, where he’s racking up the likes. 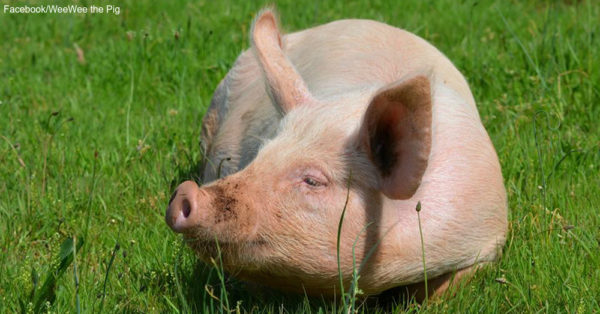 The Smith family found Wee Wee, covered in snow, next to the road in Hagerstown, Maryland, on their way back from a day trip. It was the middle of a blizzard, and father Perry Smith told the Washington Post that Wee Wee probably would have only made it another 30 minutes to an hour, at most. It’s unknown how Wee Wee got there, but the consensus is that he either jumped or fell out of a truck while headed to an industrialized farming facility. It’s not an uncommon occurrence.

The family cared for Wee Wee throughout the night, keeping him warm and hand-feeding him. While they hoped to keep him, they also realized that it wasn’t realistic. Perry contacted several animal shelters, and eventually Poplar Spring Animal Sanctuary in Poolesville, Maryland, offered Wee Wee a home. 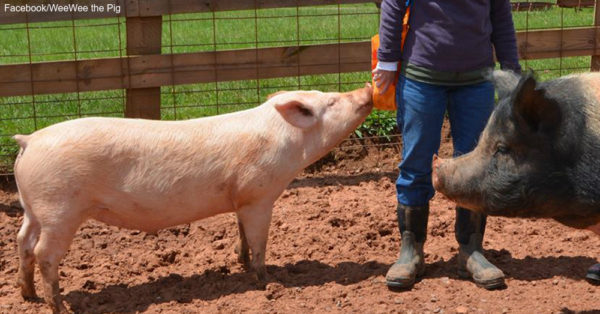 According to People, Poplar Spring Animal Sanctuary covers 400 acres, providing Wee Wee plenty of space to live a happy life, and plenty of other animals to befriend. Since Wee Wee became so popular, the sanctuary decided to set up a Facebook page for him, with pictures and updates on his life. Plenty of people have shown their support for the lovable piglet, as he has over 5,000 likes. It’s great to see that Wee Wee’s story has a happy ending and a place where he can roll in the mud as much as his heart desires. Want to see another adorable little piggy? Watch this rescued pig with his best pal, a kitten.