With his health rapidly failing, Eric O’Grey was told by his doctor that he would be dead within five years. Instead, Eric rescued a dog named Peety, and they saved each others’ lives.

In 2010, Eric weighed more than 300 pounds. He suffered from high blood pressure and Type 2 diabetes, which required extensive medical care to manage. He was unable to turn his life around despite these dire consequences, until he saw a nutritionist. Along with dietary advice, the nutritionist made a creative suggestion: adopt a dog. Although this may seem like unusual advice, dogs do have many positive health benefits for their owners, including improved cardiovascular health and lessened stress and anxiety. 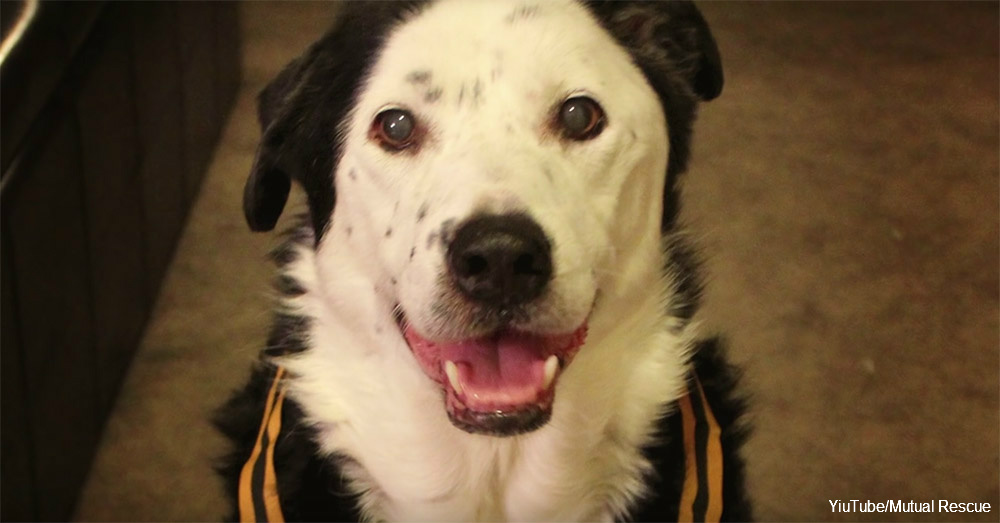 Eric decided to take that advice and asked the humane society to find him an obese middle-aged dog so that they would have something in common. That’s how he met Peety, a charming black-and-white dog. Peety had been neglected alone in a backyard for most of his life.

Within months, however, both man and dog experienced positive changes. Starting with walking just 30 minutes a day, the pair began to lose weight. They also bonded as only human and dog can. Peety began to come out of his shell and enjoy walking, and later running, with Eric. His devotion and love inspired Eric to do things he never thought possible, including running marathons. Within a year, Eric lost over 100 pounds, and Peety lost 25.

Sadly, Peety’s age caught up with him, and he passed away from cancer. Although Eric didn’t get a new dog right away, he eventually felt an impulse to stop by the humane society after a race. There, he met Jake, who had just been placed up for adoption minutes before. Eric took him home and began training with him.

While Jake is more playful and has a different personality than Peety did, he shares the same love and devotion. He loves to run and inspires Eric to stay active and healthy.

Rescued dogs enrich our lives in so many ways. Support those still in need by purchasing this cute “Who Saved Who?” car magnet, which provides 50 cups of food to shelter dogs.