Enzo is a sweet, inquisitive and active cat who was adopted as a kitten and later returned to the shelter when his human family prepared to welcome a baby. Concerned that 5-year-old Enzo’s habit of giving “love bites” may pose a potential danger to the newborn, the family decided to take Enzo to Purrfect Pals Cat Shelter in Arlington, Washington. It is there that Enzo would meet a young kitten that would eventually become his best friend. 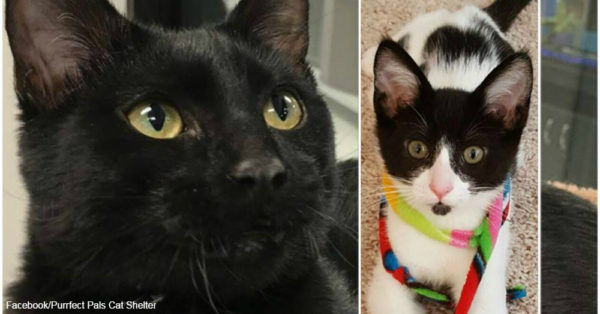 Enzo’s quirky nature made it difficult for him to make friends. He loved interacting with other cats and was desperate to socialize, but his overly playful personality and inability to give other shelter cats their personal space caused the adult cats to shun him. It would ultimately be a shelter kitten named Puffin that would change Enzo’s life for the better.

Puffin immediately took to Enzo, fully accepting him and his playful, inquisitive personality. The two became inseparable, and they thoroughly enjoyed playing around and hanging out together.
Enzo was extremely happy when Puffin was around, but this all came to an abrupt end when Puffin was adopted by a loving couple. 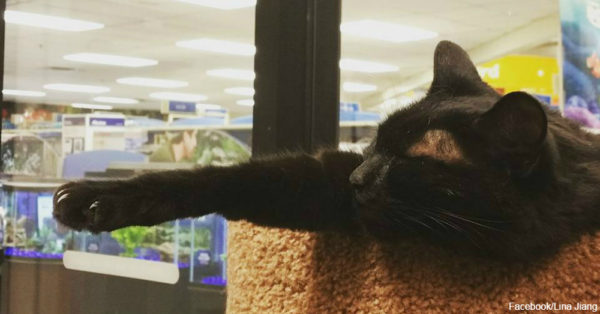 Once Puffin left, the shelter employees tried their best to find a home for Enzo, but they were unsuccessful, as it is generally more difficult to place older cats. Enzo became very lonely and sad, and he was often begging for attention and affection from humans and other cats. Things changed for the better, however, when Puffin’s adopted parents eventually returned to Purrfect Pals in search of a playmate for their beloved cat. Thanks to Puffin’s adopted parents, the two buddies are now reunited.


Puffin’s parents adopted Enzo, and the two still have a strong bond. They continue to hang out and play together, thoroughly enjoying each other’s company. Cat pairs are the best, and you can show your love for them by wearing these adorable, fun cat earrings.