When 11 baby ducklings inexplicably fell into a storm drain, their mother was rightfully alarmed, but little did she know that the Arvada Police Department was on the case. Before she could get her feathers ruffled, caring animal management officers were there, putting their expertise to use to reunite the forlorn mother with her missing adventurous offspring. Officers received a call from employees of Sonsio regarding the baby duckling drama, which occurred near Ward Road and 58th Avenue in Arvada. Although it’s unknown how the little feathered wanderers got themselves into this rather peculiar situation, Arvada PD was quick to dispatch its officers to help. The unsung heroes quickly retrieved the little chirpers unharmed. 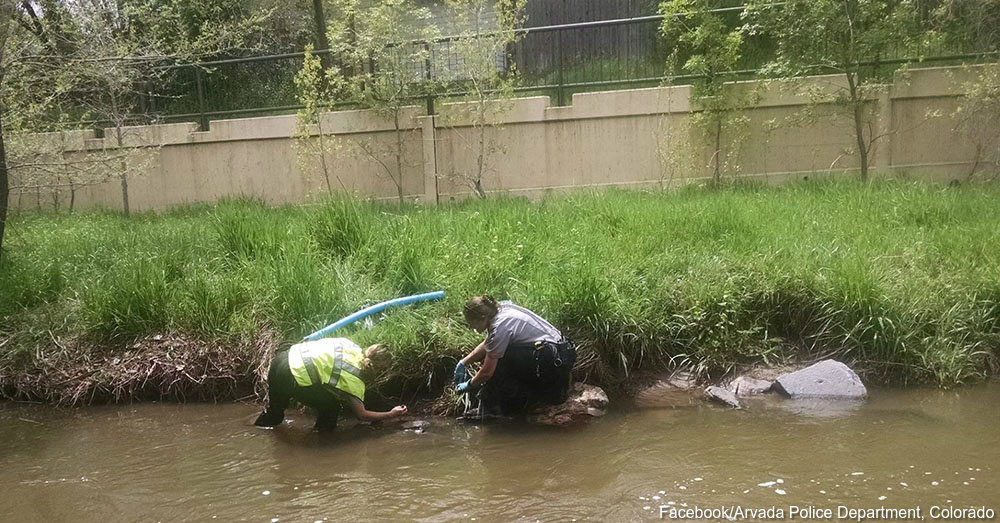 It is not unusual for ducklings to become separated from their mothers; sometimes they are weak or slow, or they just wander off. Ducklings are very vulnerable to the elements, and they can quickly die from hypothermia, even in warm weather. Until they are a few weeks old, they cannot generate their own body heat, so they rely on their mothers for warmth. They also cannot swim until they grow feathers, making them prone to drowning. Ducklings on their own are essentially helpless to predators such as turtles, herons and even other ducks. Without a mother’s help, they can quickly succumb to hypoglycemia from lack of nutrition. 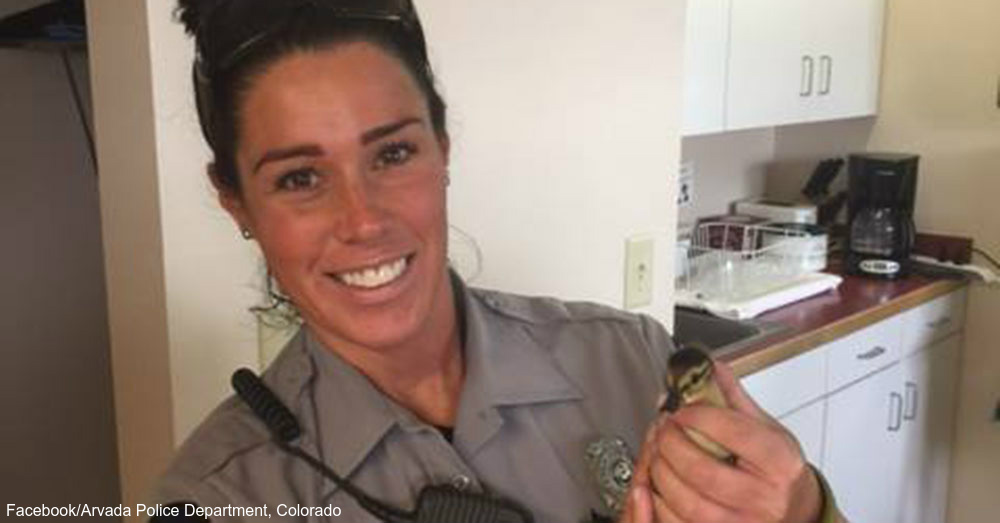 Experts say if members of the public encounter abandoned or lost ducklings, they should first make certain that the ducklings have been abandoned by waiting around for 30 minutes or so, giving the mother time to return before contacting a local animal control agency to find out what to do next. In some areas, wildlife rehabilitators may pick up the animal or at the very least be able to refer the public to resources for help.Thanks to quick-thinking bystanders who noticed the ducks in the drain and the fast actions of responding officers, the ducks stuck in the Arvada drain all waddled away into the sunset. Maybe this mama duck needed a herder like this one to help her.