A 50-pound bullmastiff puppy suffered minor injuries and gave his family a big scare when he fell down a rocky, 40-foot embankment during an evening walk around Powerhouse Water Park in Gold Hill, Oregon. Thanks to Jackson County first responders and some new technology, the puppy was safe and back with his owners within an hour of his fall. 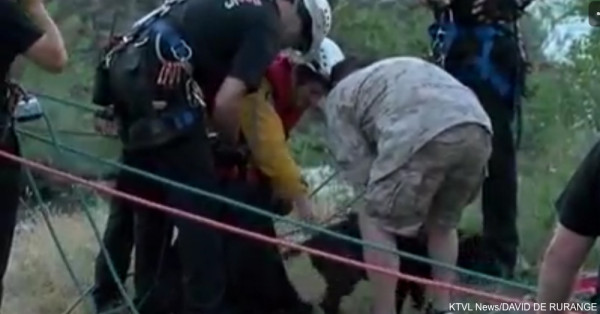 Oregon’s Rogue River is known for its world-class whitewater, and it offers a tranquil setting for nature lovers. The bullmastiff and his owners were out for a walk around Powerhouse Falls, one of two class IV rapids along the Rogue, when the puppy lost his footing and tumbled down the steep riverbank. According to Jackson County Fire District Number Three battalion chief, Mike Calhoun, the left bank of the river contains loose rock that has a tendency to give way and crumble. This is the likely cause of the puppy’s accident. 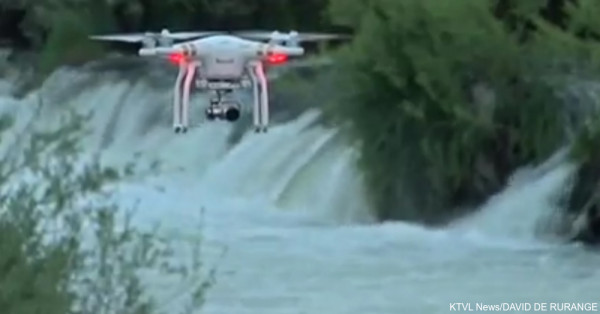 In addition to human first responders, an unmanned aerial vehicle also arrived on the scene to assess the situation. The drone hovered over the river to give the crew a real-time view of the stranded pup and his surroundings, making it easier to send in the right personnel with proper equipment. The drone continued to monitor the dog’s location as rescue workers rappelled down the embankment, saving the crew valuable time and energy so they could reunite this lost puppy with his loving owners as quickly as possible. 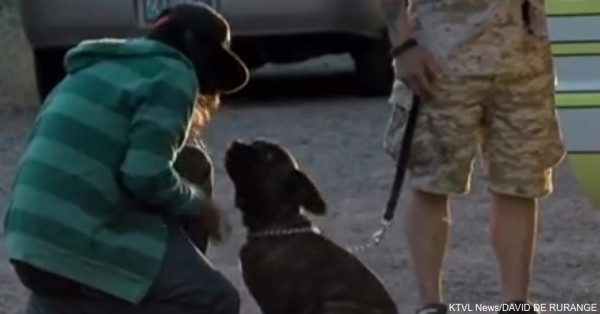 The fire department recently acquired the drone, and first responders have participated in several training sessions with the vehicle, but this was the first time the team used the drone in a real situation. Jackson County first responders aren’t the only ones adding drones to their rescue teams. The Riverside County Sheriff’s Department in California announced the addition of two new unmanned aerial vehicles on June 2, 2016. Unlike helicopters, these remote-controlled aircraft are always available, regardless of weather, and they’re quick to deploy, but drones aren’t always a dog’s best friend. Watch Miska’s reaction to the drones in this hilarious video.