A dog’s-eye view has become an increasingly appealing prospect, and wearable technology now allows us to see the world as canines do. GoPro cameras, often used to film first-person footage of extreme adventures like skydiving or skiing, are now finding their way onto dogs. From parks and weddings to the Republican National Convention, dogs are getting more and more chances to show off their skills behind the camera. 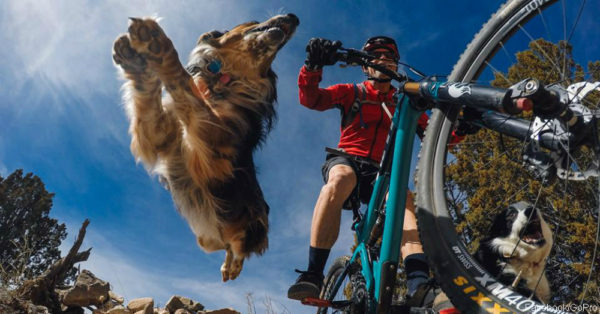 A major player in the canine camera scene is Tula, a Minnesota rescue dog whose Instagram boasts over 14,000 followers. Dubbed Canine Happy Hour, Tula’s feed offers candid pics of pups at play, all photographed from her dog-level perspective. Susie Kixmoeller, Tula’s owner, decided to strap a GoPro to her dog after she had trouble taking good pictures of her at the park. Once Tula took to the camera, she captured thousands of playful pictures, the best of which Kixmoeller posts to Instagram. The candid photos have won Tula thousands of admirers.

When dog-loving couple Shahr Nouraini and Peter Rushton were planning their wedding, they decided social causes were more important than material possessions. So when it came time to compile their wedding registry, they had friends make donations to a local animal shelter in lieu of traditional gifts. On their wedding day, Rushton surprised the bride with an additional gift: a group of dogs wearing GoPros, who filmed the wedding from a canine point of view. The resulting footage is both unique and adorable. 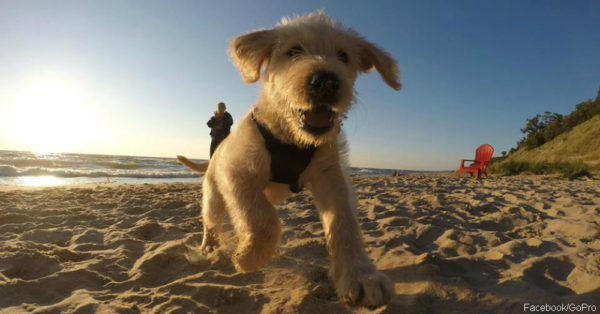 William Hale documented the theater of the 2016 Republic National Convention while simultaneously adding a bit of his own flair, all with the help of his dog Liberty. The eccentric Hale, who refers to himself as “The Ultimate Insider,” claims he outfitted Liberty with a GoPro camera because it “makes the dog feel included.” No word on how close Liberty got to the convention’s political action, but she undoubtedly shot some cute footage.From romance to politics, these camera-toting dogs are giving humans a glimpse of the world from their own perspectives. For more exciting doggone footage, check out this GoPro video of Amber and her human biking downhill.