A regular event in Kansas City helps local animal shelters raise money by giving dogs and their owners full bellies. An evening of tasty food for both humans and canines raises awareness of the needs of local shelters, but it also promotes bonding time for families using gourmet food as a backdrop. 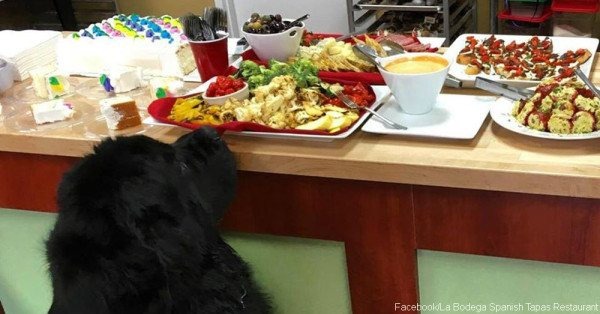 Dogs Night Out serves a four-course meal to humans and dogs. This food isn’t your average kibble, though. Three Dog Bakery serves gourmet cuisine to the dogs made of human food. Meanwhile, the human counterparts order from the host restaurant’s menu. At a Dogs Night Out event in June 2016, humans got to eat food from La Bodega Tapas & Lounge in Leawood, a suburb of Kansas City. Around 80 people and 54 dogs showed up to chow down on some great food. 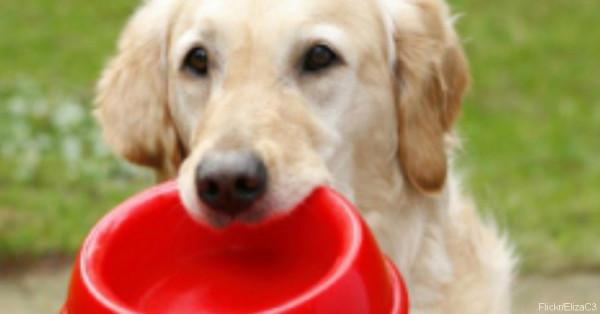 Menu items, such as yappatizers and chicken paw-ella made by chefs at Three Dog Bakery, arrived at the patio tables for dogs. Grilled bread included low-fat cream cheese and Gracie’s gourmet chicken and broccoli, along with Parmesan cheese. Paw-ella contained chicken, green beans, tomatoes, turmeric and rice. The pampered pooches had their food brought to them in a paper bag and then placed on paper plates. 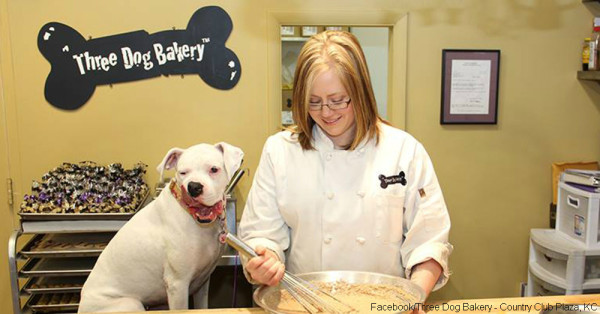 Humans get to share their love of dogs at these special outings. The above video shows owner letting her old golden retriever lick food from a fork, whilesmaller dogs got to sit at the table to eat. Each Dogs Night Out event raises money for no-kill shelters in town. As much as 20 percent of the proceeds from each event goes to the Three Dog Bakery Foundation, and that money, in turn, goes to charities such as the Humane Society and the Kansas City Pet Telethon. Kansas City is such a dog-friendly town that many shops and restaurants allow dogs on the property under certain conditions. The city’s Three Dog Bakery takes its love of dogs to spectacular heights when the company puts its money where its paws are by donating to local pet charities. See how this group helps shelters that specialize in cats.