If you’re a dog owner, you’ve probably experienced the doggy lean, which occurs when your dog comes over and leans on you. Closely related types of physical contact include standing on your feet or staying right by your legs during a walk. What makes dogs want to get so close to their owners? There are a couple possible explanations, depending on the dog. According to Men’s Health, Cesar Milan believes that if a dog leans on you, that means it’s assuming the dominant position as the pack leader, which is inappropriate. By invading its owner’s space, the dog is being disrespectful. Milan recommends that dog owners don’t allow these types of behaviors, and instead act in a way that establishes themselves as the pack leaders. 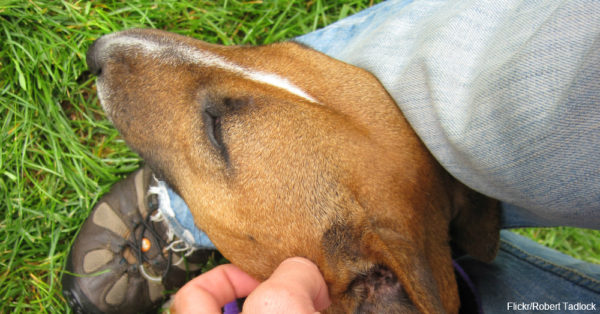 Not everyone sees it as such a big deal, and That Mutt mentions that many dogs lean on their owners for security. Dogs are pack animals, and being in close physical contact with its owner, which the dog considers part of its pack, gives it a sense of safety. This is especially true with introverted dogs. 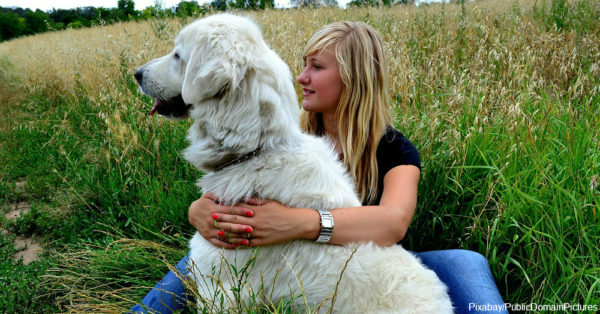 I Heart Dogs supports this theory, and notes how being around a valued human releases positive brain chemicals for dogs. It also stresses that the reason a dog leans on its owner depends heavily on the dog. 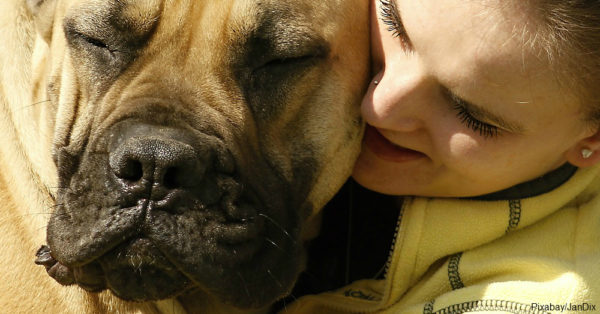 Older dogs and those with medical conditions may simply not feel that comfortable sitting down, so they lean on their owner for extra support. Some dogs lean on their owner simply for that emotional connection. Of course, dogs are instinctual, and some of them certainly lean on their owners as a form of dominance. Every situation is different, and if you feel your dog is getting a bit too bossy, you can easily train that away. It’s fascinating to learn about dog behavior and what makes them tick. There’s lots of reasons dogs act the way to they do. For more interesting and awesome dog behaviors, check out this dog doing a trust fall.