According to the saying, old dogs can’t learn new tricks, but they certainly make excellent photography subjects. Photographer Nancy LeVine’s new book, “Senior Dogs Across America,” offers readers a glimpse into the eyes of aging canines in everyday American settings, and each photo captures the quiet dignity of their late-life fragility. 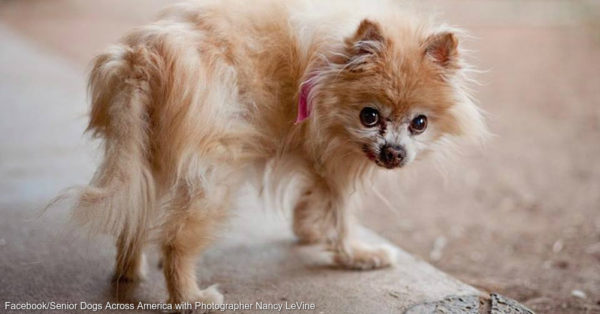 LeVine first began contemplating the late-life stages of dogs around the same time she began to consider her own mortality. As the owner of two aging dogs, she was intrigued with the way the dogs simply, quietly and gracefully adapted to their aging bodies. She noted that a dog doesn’t worry about what it can do to prevent the aging process, nor does it spend any time fearing its own mortality. Dogs, like all living things, are meant to age and pass, and they go about their business because that is how things are. 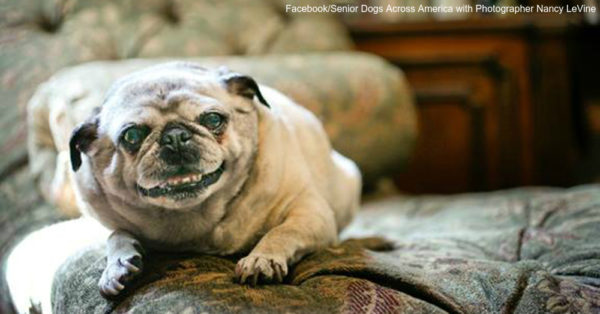 Inspired to capture these qualities on camera, LeVine traveled across the United States to photograph senior dogs in places such as Hawaii, Montana and numerous New England states. Featured among her 86 total photos are canines of all shapes, sizes and mobility. While some appear to have plenty left in the tank, others are resigned to resting on porch steps or beds. Many of the photos capture the dogs staring directly into the camera, offering the viewer an intimate look into the eyes of an animal that knows how to age in a way that most humans would envy. 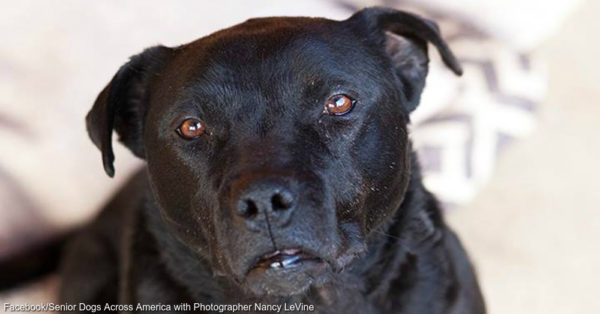 Whatever the pose, each photo also features a setting that typifies the location: a field of wheat in Oklahoma, concrete steps in urban Baltimore and wide-open countryside in South Dakota, for example. LeVine’s photo collection of senior dogs captures all the expressions, quiet loyalty and grace that aging dogs exude. Though its time may be shorter than a pup’s, a senior pet still has much to offer in a loving home. Read about more great reasons to consider adopting a senior pet.